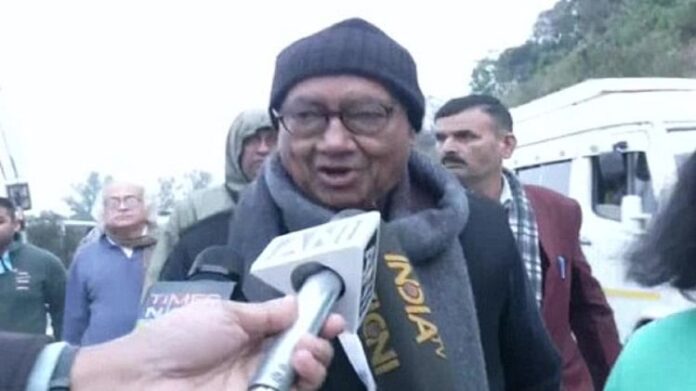 On the statement given by him, Congress leader Digvijay Singh said on Tuesday that we respect the security forces a lot and give them the highest position. Along with this, Congress MP Jairam Ramesh in Jammu said on the surgical strike that I had told it very clearly by tweeting yesterday that what is the attitude of the Congress party on this issue and I will not say anything on it.

When asked about Digvijay Singh’s comment on surgical strike, Jairam Ramesh said that we have answered all the questions. You go and ask questions to the Prime Minister.

#WATCH , Jammu: “We have answered all the questions. You go and ask questions to the Prime Minister,” said Jairam Ramesh, Congress General Secretary in-charge when asked about Digvijaya Singh’s remark on the surgical strike. pic.twitter.com/A12PRYzZ6f

Neither gave information about Pulwama incident nor proof of surgical strike: Digvijay

Significantly, former Chief Minister of Madhya Pradesh and senior Congress leader Digvijay Singh said that the BJP government has done the work of separating brothers in the country. Pulwama (Kashmir) has become the center of terrorism, where every vehicle is checked, but one vehicle comes from the opposite direction without checking and collides with the convoy of security personnel, in which 40 of our CRPF personnel are martyred.

But why did the BJP government not keep the information about this incident in front of the Lok Sabha and the public. Similarly, they talk about surgical strike but did not give any proof. BJP is ruling only lies.