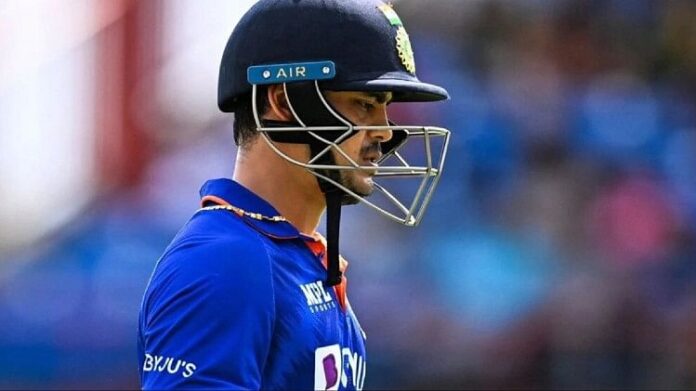 The three-match ODI series between India and Sri Lanka began on Tuesday (January 10). Left-handed wicket-keeper batsman Ishan Kishan was not included in the team for the first match of the series in Guwahati. Kishan had scored a double century against Bangladesh in his last ODI. Despite playing such a big innings, he did not get a place in the playing-11. Such incidents have happened before in Indian cricket. Sometimes after scoring a triple century and sometimes after taking eight wickets in a Test match, no player got a place in the team. Let’s know when this has happened…

On 10 December 2022 against Bangladesh, Ishaan Kishan scored a brilliant double century in the third match of the three ODI series. He played a brilliant inning of 210 runs. It is not easy to score a double century in ODI cricket. If a player does this, then his place in the team is considered confirmed in the next few matches. This did not happen with Ishaan. A month after scoring a double century, he was not kept in the playing-11 of ODIs. After December 10, India landed to play ODIs on January 10 and instead of Ishaan, Shubman Gill was included in the playing eleven.

Like Ishaan, this happened with Kuldeep Yadav last month. He took eight wickets in the first match of the two-Test series against Bangladesh. He was chosen man of the match. It seemed that Kuldeep’s playing in the next match was now confirmed, but captain KL Rahul did not keep him in the playing-11. Kuldeep had to sit out.

Spin all-rounder Jayant Yadav played six Test matches for India. During this he scored 248 runs at an average of 31. He also took 16 wickets. Jayant scored a century against England at the Wankhede Stadium in Mumbai in December 2016. Prior to that, he had scored an inning of 55 runs in the Mohali Test. When he played an innings of 104 runs in Mumbai, it seemed that he would be in the Test team for a long time, but it did not happen. He was dropped from the team in the very next match in Chennai. After that Jayant was able to play one Test each in 2017, 2021 and 2022.

Karun Nair’s name is also included in this list. He scored a triple century against England in Chennai in December 2016. He is only the second batsman in India to do so. Nair played an unbeaten inning of 303 runs. After this, when Team India came to play Test in February 2017, Nair’s name was not in the playing-11. He did not get a chance to play Test against Australia in the same month. When Nair got a chance in three matches of the series against the Kangaroo team, he could only score 26, 0, 23 and 5 runs. He got a chance to bat in four innings of three Tests and could only score 54 runs. After that Nair never got a chance.