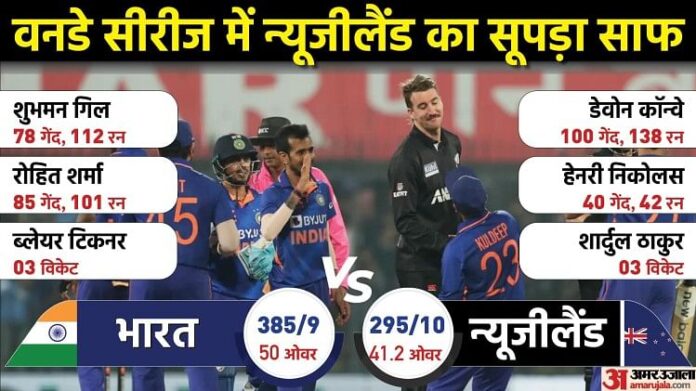 Team India won the third match of the ODI series between India and New Zealand by 90 runs. With this victory, India won the three-match series 3-0. With this series win, India moved to the number one position in the ODI rankings. In the match played in Indore, India batting first scored 385 runs. In response, New Zealand’s team was reduced to 295 runs and lost the match by a huge margin of 90 runs.

Rohit Sharma and Shubman Gill played century innings for India. At the same time, Hardik Pandya also scored an excellent half-century. Blair Tickner and Jacob Duffy took three wickets each for New Zealand. At the same time, Devon Conway scored a century for New Zealand. Apart from this, no batsman could even score a half-century. Shardul Thakur and Kuldeep Yadav took three wickets each for India.