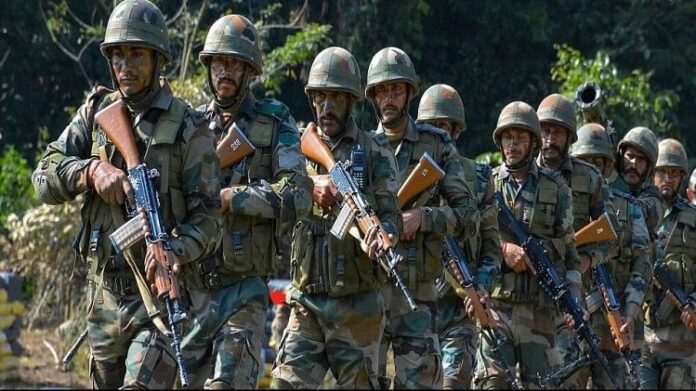 The Indian Army is continuously hi-teching itself to strengthen the surveillance system in sensitive border areas and to respond to every move of the enemy. Meanwhile, the army has floated tenders for the emergency purchase of jetpack suits for soldiers, new generation drone systems and robots.

According to an official, the Army will procure 48 jetpack suits, 100 robots and 130 fast-track ‘tethered’ drone systems to enable soldiers to fly at a speed of 50 km per hour. The army has said that the jetpack suit should have safe and controlled take-off and landing for soldiers, which can land in any direction. In addition, the robots should be able to operate at altitudes of up to 10,000 feet. At the same time, the drone should be suitable for surveillance across the border line for a long time.

According to the official, these tenders have been issued by the Army for emergency procurement. India has taken this step in view of the recent global conflicts. In which there is a conflict between Armenia-Azerbaijan to Russia-Ukraine or military confrontation with China in the east. The Army has also issued a Request for Proposal (RFP) to buy 48 jet pack suits under emergency procurement through Fast Track Procedure (FTP).