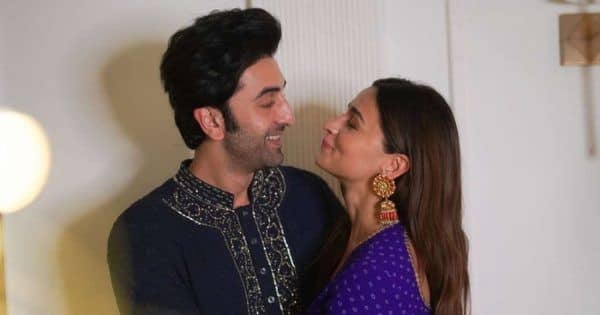 Ranbir Kapoor and Alia Bhatt have been in a relationship for the past few years. The two will be seen together on the big screens in Brahmastra and there have been reports about their wedding as well. Ranbir has an image of a gossipmonger; Karan Johar and Sonam Kapoor have stated in the past that the actor gossips a lot. But, girlfriend Alia has something else to say about Ranbir. The Gangubai Kathiawadi actress has claimed that Ranbir doesn’t gossip and he just has a bad reputation. Also Read – Trending Entertainment News Today: Sussanne Khan compliments Hrithik Roshan’s rumoured GF Saba Azad; Kangana Ranaut indirectly takes a dig at Alia Bhatt’s Gangubai and more

While talking to RJ Siddharth Kannan, Alia said, “I’ve not heard Ranbir say one bad thing about anyone in my life and that’s what I love about him the most. Even if he is criticising someone, he (is careful about it). He only believes in good things, otherwise don’t say it. I think that’s amazing. He doesn’t even like gossip, because of Ranbir I have become a non-gossiper. (He says) don’t gossip about anybody. He’s got a bad reputation that he is a gossiper, he’s not a gossiper. He doesn’t gossip at all.” Also Read – From Deepika Padukone’s Gehraiyaan to Salman Khan’s Sadak 2 – 5 films that were brutally attacked by Sushant Singh Rajput fans

When Karan Johar had appeared on The Kapil Sharma Show, he had stated, “If we need to broadcast the news, we should give it to Ranbir (Kapoor). He’ll have it published in the papers in two days.” While talking about Ranbir being a gossiper, Sonam had said on No Filter Neha, “Ranbir Kapoor, he loves gossiping. I don’t know anybody who loves gossiping as much as he does. He is very seeda but he loves to gossip.” Also Read – Valentine’s Day 2022: Queen, Pyaar Ka Punchnama 2 and more movies that you can binge-watch on OTT platforms if you are single

We wonder if Karan and Sonam were just joking or if Alia is trying to clean her boyfriend’s image. Well, only Ranbir can clarify this.

Meanwhile, Ranbir and Alia have been giving a lot of couple goals to their fans. A few days ago, when the trailer of Gangubai Kathiawadi was released, Ranbir had done the signature Namaste pose of his girlfriend in front of paparazzi. Their fans were happy to see that Ranbir is promoting Alia’s film.