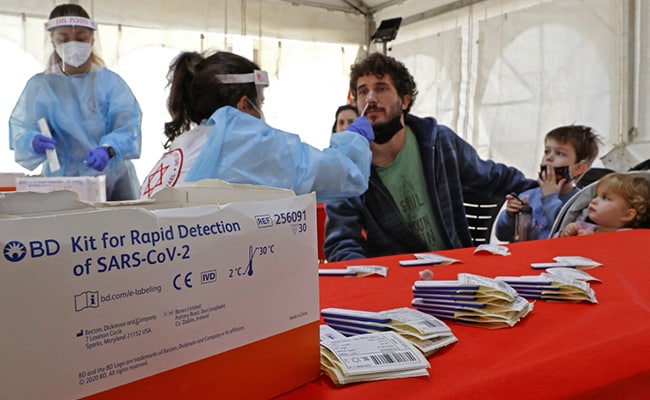 Under new rules starting March 1, tourists will need to take PCR tests before and after the flight.

Israel will allow unvaccinated tourists entry for the first time since the pandemic began as infections and deaths caused by the coronavirus decline, Prime Minister Naftali Bennett announced on Sunday.

“We are seeing a consistent decline in morbidity data,” Bennett said.

Israel shut its borders to travellers in early 2020 as the coronavirus spread worldwide. “It is time to gradually open what we were the first in the world to close,” the Prime Minister said.

The Jewish state was also an early trailblazer of a national vaccine rollout and among the first countries to demand a vaccination certificate, which it called the green pass, to enter a range of facilities.

Under new rules taking effect on March 1, tourists will need to take a PCR test before boarding a flight to Israel and a second one upon landing.

Israeli citizens will only be required to take the test upon arrival.

On Thursday Bennett cited a decline in infections when he announced an end to the green pass.

More than 10,000 new cases of Covid-19 were reported Sunday in Israel, down from a high of more than 85,000 daily cases in late January. A total of 9,841 people have died from the illness, including seven reported Saturday.

An attempt to open the borders to vaccinated visitors last November foundered after just a few weeks because of the fast-spreading Omicron coronavirus variant.