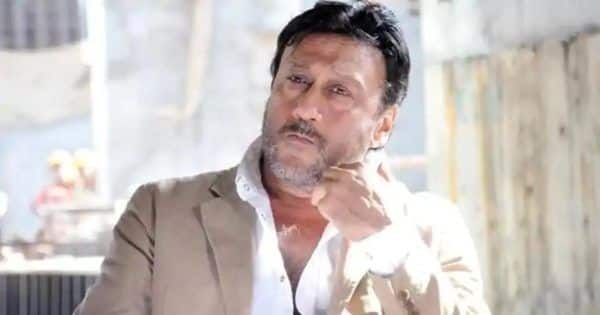 Jackie Shroff has been one of the most popular and celebrated actor in the Hindi film industry. His fan following has no match. His flamboyance and bindas approach towards life often leaves everyone impressed and entertained. But this time, Jaggu dada has made his fans emotional when he shedded some light on the importance of life and death. He said that many prominent people have passed away and he will also die one day and people won’t bother to remember anyone. Also Read – From Akshay Kumar to Karisma Kapoor: 5 crazy photoshoots from the 90s that will make you go ‘Ewww!’

A video snippet of Jackie from his recent interaction with Twinkle Khanna is widely being circulated on social media. He can be heard saying, “Ma mari, baba marr gaye, bhai chale gaye, yeh sab chale gaye na ek ek. Hum log bhi chale jayenge ek din. Ab woh le ke ghoomna nahi (I lost my mother, then my father and my brother, all of them left one by one. We all will also die one day. But we should not carry it around with ourselves).” Also Read – Before Ajay Devgn in RRR, Shah Rukh Khan, Akshay Kumar and more Bollywood heroes starred in THESE South movies – view pics

Jackie further says, “If you look at the sadness of people around you, you will realise you are going through nothing compared to them. You should not keep crying over things that you didn’t get. You are a healthy person and that is enough. People should learn to be happy, whoever they are and whatever they have got. You are human so it is evident that you will have sadness in your life. Everyone has to die some day or the other. Your mom, dad, family, everyone will have to leave you some day. We all know that.”

Keep watching this space for the latest updates on Bollywood and TV.