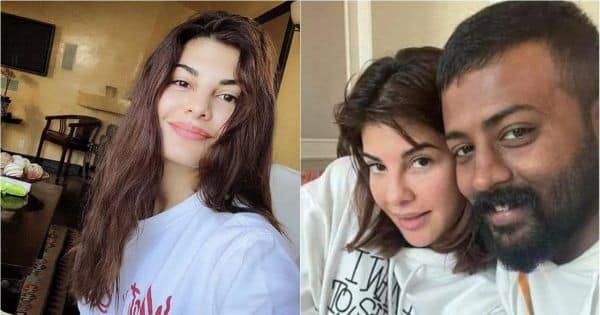 A couple of weeks ago, Jacqueline Fernandez had found herself in a vulnerable position when her intimate pictures with conman Sukesh Chandrasekhar were leaked online. The pictures were being widely circulated on social media. Soon, the actress wrote a heartfelt note imploring people and the media to not share her intimate pics on public platforms. Now, the conman has expressed his displeasure over the leaked private pictures, in a handwritten letter issued to the media through his lawyer, calling it a breach of privacy. He reiterated it once again that he was in a romantic relationship with Jacqueline and has gifted her expensive things out of love. Also Read – Gangubai Kathiawadi, Radhe Shyam and 7 other Bollywood and South biggies that’ll tussle at the box office in February and March

“It’s really sad and disturbing to see private pictures being circulated, which I have got to know through news the whole of last week. It’s a complete violation of one’s privacy and personal space. As I have mentioned before I and Jacqueline were in a relationship. Seeing each other and the relationship was not based on any kind of monetary benefits like the way its projected, commented and trolled in a bad light. The relationship has lots of love and respect for each other without any expectations. Kindly requesting everyone to stop projecting her in a bad way, as it’s not easy on her, who has only loved without expecting anything. I have mentioned before that she has no involvement in the ongoing money-laundering case,” Sukesh wrote in his letter to the media. Also Read – Samantha Ruth Prabhu, Tamannaah Bhatia, Nora Fatehi and more: Fees charged by these beauties for item numbers will leave you in tizzy

He further stated, “I have gifted her things and done things for her family, are normal things one would do for his loved one in a relationship. Its personal I don’t understand why its being bade such a big deal. At the same time, I would like to again certain that none of this was “proceedings of so called crime”. It’s all from legitimate earnings and the same would be proved in the court of law very soon.” Also Read – Trending Pics of the day: Mouni Roy’s first pic with to-be-husband Suraj Nambiar, Rajummar Rao-Patralekhaa’s weird mirror selfie and more

He concluded saying, “I kindly request everyone to stop looking at this a wrong way and insist please show her lots of love and support as she is not wrong in any way except loving without any expectations.”

However, the actress, in her statement, recorded before ED officials said that her sister took a loan of $1,50,000 from Chandrasekhar. She also accepted that he transferred around Rs 15 lakh to the account of her brother who lives in Australia.