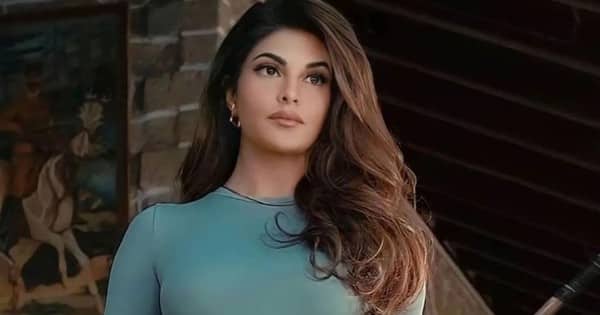 Bollywood actress Jacqueline Fernandez has grabbed everyone’s attention as her name has appeared in a Rs 200 crores money laundering case which also has san involvement of the conman Sukesh Chandrasekhar. Moreover, a few days back a picture of Jacqueline flaunting her lovebite went viral on social media. She had urged media and paps to not circulate the picture. Now an old video of Jacqueline going viral on social media and netizens are trolling her massively. The actress is getting targeted for her alleged relationship with the conman. In the old video, Jacqueline was seen wearing a pretty red satin dress and completed her look with her wavy curls and on-point make-up. Also Read – Jacqueline Fernandez gets support from Bhumi Pednekar, Kiara Advani and more Bollywood celebs in Sukesh Chandrasekhar controversy

Take a look at Jacqueline’s throwback video clip – Also Read – Cirkus: Ranveer Singh opens up on the RELEASE of the Rohit Shetty movie and how it’s similar to Golmaal [EXCLUSIVE VIDEO]

Meanwhile, Jacqueline shared a long note on her Instagram account and requested the media and her fans to not circulate her intimate pictures with Sukesh. She wrote, “This country and its people have always given me tremendous love and respect. This includes my friends from the media, from whom I have learned a lot. I am currently going through a rough patch but I am sure that my friends and fans will see me through it. It is with this trust that I would request my media friends to not circulate images of a nature that intrude my privacy and personal space. You would not do this to your own loved ones, am sure you would not do this to me either. Hoping that justice and good sense prevails. Thank you.”

On a personal note, Chandrashekhar had claimed that he was in a relationship with the actress.