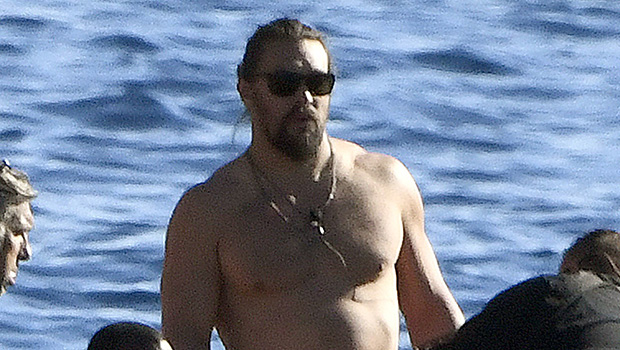 The ‘Aquaman’ star put on an impressive display as he showed off his bulging muscles while filming a new climbing competition show for HBO.

Jason Momoa is one of the hardest working actors in showbiz and it shows! Even with the recent split from Lisa Bonet undoubtedly fresh on his mind, the “Aquaman” star got right back in the swing of things, as he was spotted filming The Climb in Mallorca, Spain on Friday (Feb. 18). Perched near a boat with a production crew, Jason went shirtless, showing off his impeccable pecs and toned torso. The former surfer/model was every inch the action star as his muscular physique stole the spotlight.

Jason announced the new climbing competition show for HBO with renowned rock climber Chris Sharma back in July. According to The Hollywood Reporter, the series showcases “a visually arresting and life-changing adventure that represents the foundations of rock climbing and the exploration of the human spirit.” At the time of the announcement, Jason explained in a statement, “It’s a dream come true to create a show with one of my idols, my good friend, and legendary climber Chris Sharma. I’m thrilled to be partnering with HBO Max and to produce alongside IPC to bring you this incredible show about my favorite sport, rock climbing.”

The sighting comes after reports Jason has been living in his camper van since his separation from Lisa, while she remains residing in the Los Angeles home they used to share.  On January 12, after four years of marriage, Jason announced the split on his Instagram, explaining the reasoning for their breakup. “We have all felt the squeeze and changes of these transformational times… A revolution is unfolding ~and our family is of no exception… feeling and growing from the seismic shifts occurring.” He added, “We are parting ways in marriage. We share this not because we think it’s newsworthy, but so that, as we go about our lives, we may do so with dignity and honesty.”

The “Dune” star went on to say that he and Lisa’s devotion to their two children — daughter Lola, 14, and son Nakoa-Wolf, 13 — will remain “unwavering.” Jason concluded the joint statement by saying he and Lisa were “Living the Prayer” and hoped for love to “Prevail.”