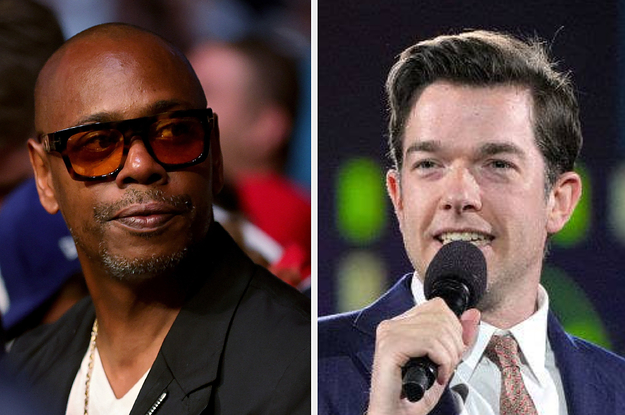 Many said they were upset and disappointed with Mulaney’s decision to allow Chappelle to perform despite his history of making anti-trans and anti-gay jokes.

“y’all ever hear ~12,000 people laugh at a transphobic joke, while you’re a trans person in the audience who didn’t know the transphobic comedian would make a surprise appearance at the John Mulaney show? yeah. wasn’t fun. fuck you D.C.,” one attendee wrote.

“[Chappelle] was punching down on an already marginalized and institutionally abused community,” McAlear told BuzzFeed News. “It was embarrassing seeing a revered man in his craft become so tacky and boomer-esque.”

She added that the reaction to Chappelle’s set was mostly positive, though she was pleasantly surprised to hear audible shouts of disagreement after.

“It, unfortunately, makes sense — it was a low-hanging fruit of a joke in a red state like Ohio,” McAlear said. “In the end, he told the upset audience members to relax. The obvious grasp at trying to receive backlash and act shocked that he did receive… it was embarrassing.”

Mulaney is currently on a national tour for the first time since making headlines for his very public divorce from ex-wife Anna Marie Tendler, who was the subject of many of his comedy routines. He began dating actor Olivia Munn soon after their split and a stint in rehab, and last year, the couple welcomed their first child together.

Though Mulaney himself did not make anti-trans jokes last night, people pointed out that he has many fans from the LGBTQ community, including those who were in the audience at Friday’s show.