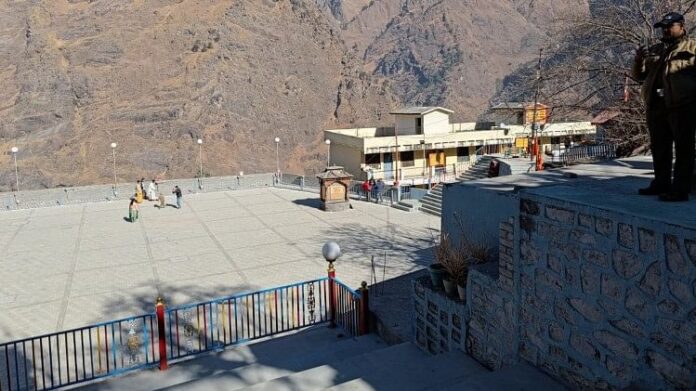 The secret of the cracks in the walls of the city’s houses, the explosion of the ground and the sinking of the roads is hidden in the waterfall that has erupted in the JP Colony, located in the lowest part of the city. This is water accumulated under the ground which is hollowing out the foundation of houses, hotels and buildings built in the city.

The surprising thing is that no government could make arrangements for drainage system in this city situated in a terraced manner on the verge of destruction. Some of the rain water gets mixed in the Alaknanda river flowing down from the top of the city situated on the slope. The rest seeps into the city’s soil, which is made up of loose volder and clay debris carried by glaciers.

When everyone was fast asleep in JP Colony, a modern township, a spring suddenly erupted on the night of 2/3 January. The muddy water of the waterfall is flowing continuously day and night. The team of experts is wondering that from where the waterfall appeared due to such a strong current.

He told that keeping the power system smooth and safe is also a challenge as the news of landslides is coming.

All the items related to electrical repairs have also been made available in Joshimath. UPCL is fully prepared to deal with any untoward incident and find a way out.