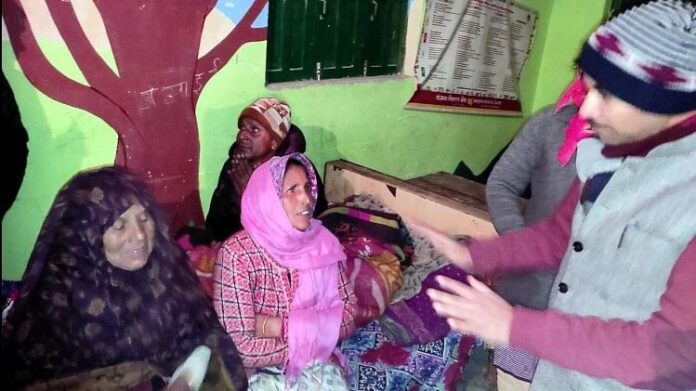 Seeing their crumbling houses, now the afflicted families are praying to the deities. They say, O Badrinath, O Lord Narasimha, protect us. The affected people said that they never thought that this beautiful city would be ruined like this. Now we are ready to settle wherever the government wants, provided that land should be safe.

Joshimath: SDRF vacated the houses, people came out with tears and memories in their eyes, pictures showing pain

Chandraballabh Pandey, affected by Manohar Bagh, says that the government should displace us where there is a safe place, or else give us money, then we will build houses ourselves. They say that the administration has given a room and has also kept the goods here. How will you live here with your family?

Affected Uttara Devi says that she never thought that such a beautiful city Joshimath would betray us. Rohit Parmar says that no place anywhere in the mountain is safe now. Disasters are coming every year, the government should shift us to the plains. We have got a room from the administration, where we are spending the night with our luggage.

It is not understood that how the future life will pass and what will be the future of the children. Santosh Bisht says that he is living with his wife and children in the relief camp of the municipality. Throughout the day, they are taking out the belongings from their damaged houses and sending them to safe places and reaching the relief camps as soon as the night falls.

Madan Kapruwan of Manohar Bagh says that we do not have to live in Joshimath anymore. The administration should give us a safe place outside Joshimath. We have kept our household goods in the open outside the house and the cowshed is tied there.

At the same time, there are many families in the city area whose livelihood is based on animal husbandry. But due to cracks in the houses, the administration has shifted them to relief camps. Such affected families have also demanded to find a safe place for the cattle. Jaya Devi of Swee village says that her house was not fit to live in due to cracks.

The administration shifted them, but where to shift their cattle remains a matter of concern for them. Cattle cannot be left like this in dilapidated houses. At the same time, District Magistrate Himanshu Khurana has instructed the Animal Husbandry Department to find a safe place for the cattle and keep them there.