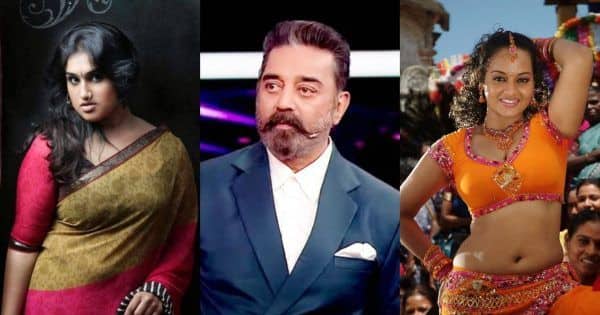 As Bigg Boss Tamil Season 5 ends, there is something bigger and better waiting for you this year. Disney+ Hotstar is set to exclusively launch its first-ever OTT exclusive season of the popular reality show, Bigg Boss Tamil, from 30th January onward. Beginning the year with the biggest OTT debut, actor Kamal Haasan, who has hosted five glorious seasons of Bigg Boss Tamil on television, will be seen hosting Bigg Boss Ultimate aka Bigg Boss Tamil OTT, which fans can watch exclusively on the platform. And now, we’ve got our hands on what could be the possible contestants list for the show… Also Read – Trending OTT News Today: Kapil Sharma reveals how he proposed wife Ginni, Bigg Boss Tamil OTT announced with Kamal Haasan and more

As per reports, Vanitha Vijaykumar, Bharani, Suresh Chakravarthy, Snehan, Abirami, Suja Varuni, Shariq, Thaadi Balaji, Anitha Sampath and Balaji Murugadoss are the likely contestants to enter the Bigg Boss OTT house while talks are said to be on with Oviya, Julie, Yashika Aannand and a few others, too. However, there’s been no confirmation yet from the makers about who’ll be grilled by host Kamal Haasan. Also Read – RIP Pandit Birju Maharaj: Madhuri Dixit pens heartfelt post for her ‘guru and friend’

Superstar Kamal Haasan, who will be the host of Bigg Boss Ultimate, said, “The first OTT version of Big Boss Ultimate is on Disney+ Hotstar. I’m extremely excited to continue staying in touch with you by hosting the OTT version as well. The new format is now available 24/7 to engage and entertain you more. I am 100% confident that you will find this whole new experience refreshing and interesting.” Also Read – Bigg Boss Tamil OTT follows its Hindi version; Kamal Haasan to host – check out release date and platform it’ll stream on

The production head of Bigg Boss Ultimate, said, “We are elated to be a part of the first-ever OTT season of Bigg Boss Ultimate, I’m confident that this new format will keep viewers engaged with a video content stream from the set, and a fresh new set of rules. Partnering with a platform that is accessible to millions of Indians, like Disney+ Hotstar, ensures that viewers will get the chance to enjoy uninterrupted entertainment that we bring to them.“

The OTT season will reunite some of the most popular and celebrated contestants of past seasons, giving them a second chance to claim the coveted title, win over the audience and redeem themselves. Taking the entertainment quotient a notch higher, the makers of the mega show have made innovative changes to the format to keep audiences engaged throughout the season. The most exciting of the innovations is the 24hr feed, which will allow fans to watch what’s happening in the Bigg Boss house throughout the day. This novel, immersive experience is bound to be a big draw for audiences.