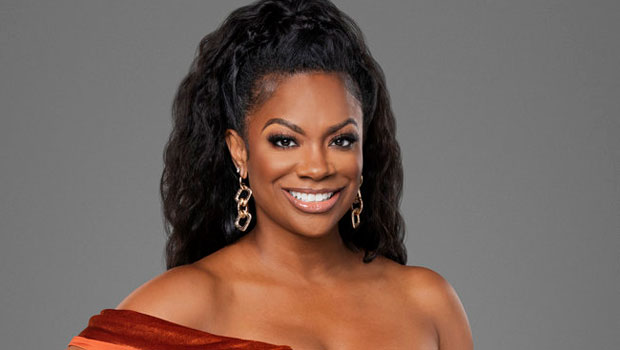 Kandi Burruss’ new show ‘Kandi & the Gang’ is a spinoff from ‘The Real Housewives of Atlanta,’ but according to the reality star, it’s ‘totally different’ from the ‘Housewives’ and stands out all on its own.

Kandi Burruss, 45, and husband Todd Tucker, 48, have had their fair share of drama on The Real Housewives of Atlanta, but their new spinoff show, Kandi & the Gang, features an all-new cast of characters set to give RHOA a run for its money! The series focuses on Kandi and Todd’s restaurant, Old Lady Gang, following their various employees and the three “old ladies” off which the name was based: Kandi’s mother Mama Joyce Jones, plus her aunts, Aunt Nora Wilcox, and Aunt Bertha Jones.

Although many have already drawn comparisons to another Bravo restaurant-centered series, Vanderpump Rules, and wondered about place in the RHOA universe, Kandi herself chatted with HollywoodLife EXCLUSIVELY on our Pay Attention, Puh-Lease! podcast to share how the show — and its standout cast — stands out all on its own.

HL: What do you think differentiates this show from the others, specifically The Real Housewives of Atlanta, which is more focused on drama between the ladies?

Kandi: This show is totally different, let me just say that! Totally different players. With this show I’m on the show, but it’s not mainly about me, it’s really more so about the people that work there and some of my family that works there. Yeah, you’re gonna see the Old Lady Gang, which you’ve seen them on Real Housewives before. They are a trip! But you’re also gonna get DonJuan like you’ve never seen him before, you’re gonna get the other cast.

Bryan — he is walking TV all day! It’s Bryan [Redmond], it’s Dom[‘Uniqe Variety], Shawndreca [Robinson] … all of these people that work in our restaurant, they deserve to be on TV! I don’t know how god decided to put them in my life but they were walking TV before there was ever a camera around them. So when I tell you you are gonna get your life watching this (laughs).

Another thing that’s really cool about our show is that we have more men on our show. It’s kind of different in a sense because a lot of times you see the women and we have our words or whatever but it’s different to see things from a male perspective I believe. It’s not just one note. We have straight men, we have gay men, we have masculine gay men, we have some not so masculine gay men. So I feel like it’s a great representation where […] other people who have not been represented on reality TV will feel represented.

HL: Did you mind being with all these new personalities and how much they bring to the show?

K: I didn’t really go into this thinking, ‘Oh, this is my time to shine.’ To me, I wanted them to shine. I wanted the Old Lady Gang show to be able to keep going for years and years even if I’m not around. I want that show to be able to stand alone. I think it’s definitely going to because when you meet them, you’re gonna be like, ‘Oh, they are hilarious!’

HL: You’re going to get a lot of comparisons to Vanderpump Rules. How do you feel like this show differs from that one or was there anything from that show that maybe inspired you or made you want to do something differently?

K: I’m gonna have a moment of honesty here, I love Lisa Vanderpump, I love her restaurant, I’ve been there … but I never watched the show. I can’t really say what is happening with their show vs. ours because I haven’t really seen what they do. I will say I appreciate that she opened the doorway for people to want to check out these casts of people that you meet through the restaurant, but it’s not just about the restaurant. They got lives that’s outside the restaurant that’s happening and we get to see all of that.

I’m on our show. It’s not mainly about me, but I am dealing with the day-to-day because in real life, Todd and I have to deal with a lot of the day-to-day. We’re not hands-off type of people so we’re more involved probably than what’s happening over there so I’m not really sure. But I know people are gonna automatically try to compare just because it’s two shows about restaurants, but — no shade to her, I love what they’re doing — our show … I feel like it’s just a different sauce in Atlanta. It’s gonna be a different little spice that’s added to it. Just the same way you got your Real Housewives of Beverly Hills but you got your Real Housewives of Atlanta!

HL: Who stands out the most from the cast?

K: They stand out, all of them! But I’d probably say Bryan and that is because, for one, he stands out in any crowd, let’s be clear, but he’s hilarious. He’s naturally just funny, but then also, he was very transparent about some of his personal issues that he’s been dealing with, trying to overcome his addictions, so he talks about that on the show. So you get a wide range of so many different emotions in one person.

HL: How excited was Mama Joyce to do this show and to play such a central figure in the show?

K: She loves it! The whole Old Lady Gang, they all love this. My aunt Bertha tries to pretend that she doesn’t really like doing it but she does! The other day I was with my family in New York and my aunt Nora, she’s 82! So she was like, ‘I can’t believe I’m about to be 83 and I’m a celebrity!’ (laughs). It made me fall out laughing but at the same time, it’s a real thing for them. This is a moment in time in their life that’s different than anything they’ve ever experienced so I love that I’m able to help bring that opportunity to their lives.

HL: Your mom’s given you a lot of advice over the years. What would you say is the best advice she gave you going into this new show?

K: Her biggest advice is always, ‘Aim high and miss [versus] low and hit.’ She’s just always motivated me to keep going.

H: What’s your hope for this show?

K: My overall hope is that people just love it. That’s my goal is that people love it, they love the people that are on the show and that it can just continue going year after year after year. It’s not just people that work in the restaurant … I have family in it, and so you know I want it to be a success for them. I just would love for this opportunity to change their lives in a way like how I guess Real Housewives has been able to help me change my life in some ways.

HL: Did the show bring you guys closer or was there any tension that created a struggle?

K: [laughs] We had a moment that is a struggle. Just like any family obviously we have some dramas sometimes. My aunt and one of my cousins, they don’t always see eye-to-eye and … it was a moment on the show where it just kind of got a little extra. Stay tuned!