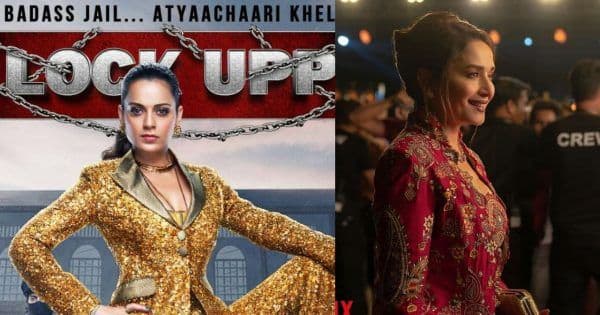 Priyamani, Madhuri Dixit, Kangana Ranaut, Arjan Bajwa and others are among the top newsmakers of today from OTT. If you have had a busy day and want to know what happened in the world of entertainment, you are at the right place. Kangana Ranaut’s Lock Upp premiere date out, Madhuri Dixit shines in The Fame Game trailer, Priyamani opens up on her Telugu OTT debut Bhamakalapam and other such stories are a part of our trending OTT news. So read on to know more about our OTT newsmakers of the day. Also Read – Hijab row: Kamal Haasan, Kangana Ranaut, Javed Akhtar and other celebs react on the issue; here’s what they have said

Priyamani opens up on her Telugu OTT debut Bhamakalapam
Priyamani is all set to make her Telugu OTT debut with Bhamakalapam, which is scheduled to release on Friday. Talking to IANS, she spoke about how she prepared for the role. The actress said that she has always been a spontaneous actor, who goes by the indications from the directors. The actress added that she did observe some people in real life, to get an inspiration for the role in Bhamakalapam.

Arjan Bajwa talks about his character in Bestseller
Arjan Bajwa will be seen playing the role of a popular novelist Tahir Wazir in the upcoming web series Bestseller. Talking to IANS, he said his character is very complex with many layers. He added that he had to shift from intense to romantic scenes which was very difficult. “I went through physical transformation getting into the correct fitness space and I even had to grow my hair longer for the character,” said the actor.