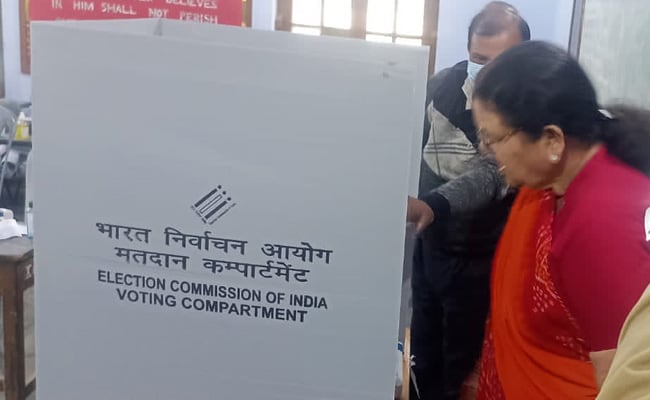 Kanpur Mayor Pramila Pandey created a controversy today when she clicked pictures and videos inside the polling booth. Ms Pandey shared the photo of the Electronic Voting Machine (EVM) as she cast the vote during the third-phase of UP assembly polls.

Taking cognizance of the matter, the District Magistrate has initiated action against her.

“An FIR is being lodged against Mrs Pramila Pandey under relevant sections for breach of secrecy of voting at Hudson School polling station,” the Kanpur district magistrate posted on Twitter.

Polling is being held today in 59 assembly seats spread across 16 districts of Uttar Pradesh. This is the third phase of the Assembly polls in the state, where elections are to be held in seven rounds.

As many as 627 candidates are in the fray in this phase, in which over 2.15 crore people are eligible to vote.