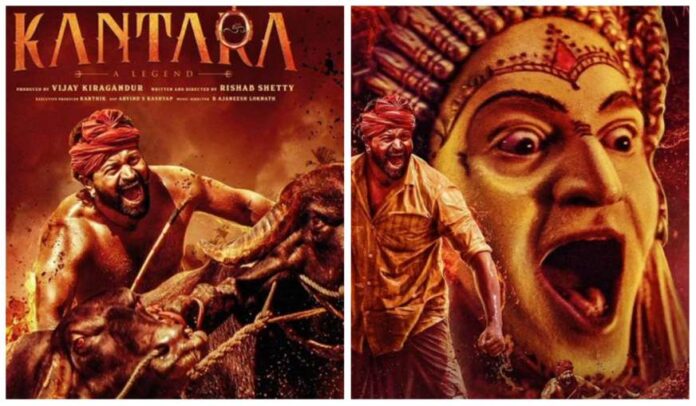 Cantara: Hombley Films’ exquisite offering ‘Kantara’ has been creating waves across the globe ever since its release. It has truly redefined the standards of a film’s success in modern times and the film is unstoppable even now. ‘Kantara’ has now set its feet across the globe. The film has captured the box office of the National and International markets in every way. On the other hand, ‘Kantara’ film has now broken the 21-year-old record of ‘Gadar’. ‘Kantara’ has earned Rs 12.70 crore in the eighth week, which is seven crore more than Gadar.

Sharing the joy of distributing the film in their territories, Dream Screens International, the Indian film distributor Australia and New Zealand shared the show schedule on their social media writing – “Excited to announce the Tulu version of Kantara. The original Tulu version after the blockbuster hit Kantara that everyone was waiting to see on the big screen. #DivineBlockbusterKantara Tulu version in theatres.” Kannada version and Hindi version of Kantara was released on 30 September and 14 October. The film is written and directed by Rishab Shetty. Produced by Vijay Kiragandur and Chaluve Gowda under Hombale Films, the film stars Rishabh Shetty, Saptami Gowda and Kishore Kumar in lead roles.

Amitabh Bachchan gave this advice to married men, you should also follow his tips

You can also watch on OTT

If you haven’t seen Kantara in the cinema hall. So you can watch it comfortably sitting at home. You can watch this film on OTT platform Amazon Prime Video. ‘Kantara’ streams on Prime Video on 24 November 2022. At the same time, this movie has been released in 240 countries including India in languages ​​like Kannada, Telugu, Tamil and Malayalam.