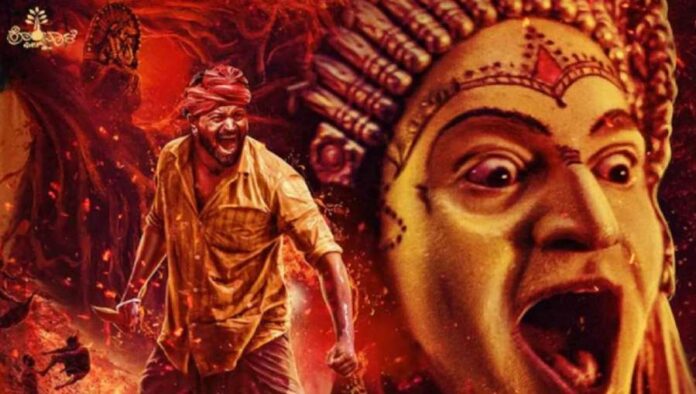 New Delhi: South cinema has dominated the box office throughout this year. The success stories of ‘Pushpa’, ‘KGF 2’, ‘Vikram’ and ‘RRR’ didn’t stop there as the Kannada blockbuster film ‘Kantara’ has been ruling the box office continuously for the last two months. Kannada industry’s film ‘Kantara’ is getting praises all over the world due to its visuals and story. At the same time, the film has created a new milestone in terms of earnings. Rishab Shetty’s film has registered an earning of Rs 400 crore from all over the world.

While these days movies don’t stay in theaters for more than a week or two, ‘Kantara’ has been enthralling the audience in theaters since 2 months. It’s been more than two months since the release of the film, but the storm of ‘Kantara’ at the box office is not taking its name. Now the worldwide collection of the film has touched the figure of 400 crores. Makers have shared this good news on social media.

Rishabh Shetty is all rounder

The film is written and directed by South actor Rishab Shetty. Not only this, he is also seen in the lead role in it. He is getting a lot of appreciation for his acting. The box office collection of the film has been the subject of interest of trade analysts since its inception.

Where did you earn so much

What is special in ‘Kantara’

The story of ‘Kantara’ is basically set in coastal Karnataka and deals with the politics of land and the issue of man versus nature. Set and shot in Keeradi, coastal Karnataka, the film features Rishabh as a Kambala champion. ‘Kantara’ depicts the relationship between nature and man and also tells the story of an angry deity. The film, which released on 30 September, is an action-thriller written and directed by Rishabh and produced by Vijay Kiragandur. According to IMDb, the film has got a rating of 9.5/10.

Tabu’s name was 2022 at the Box Office, coin collected from two biggest hits