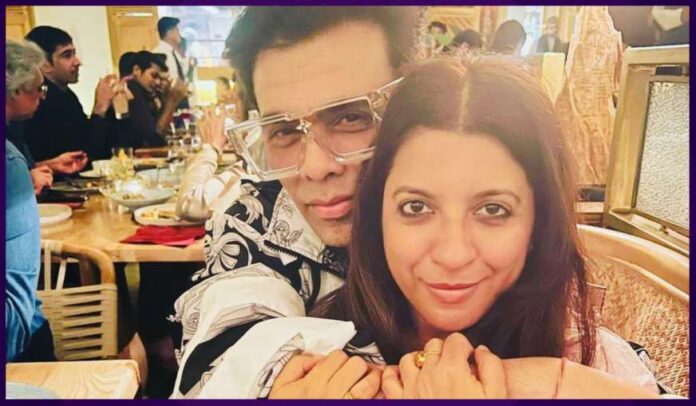 In his post, Karan Johar has showered love on his childhood friend Zoya Akhtar, whom he calls his favorite filmmaker. Karan shared a picture with Zoya on Instagram on Sunday. In the picture, he is seen hugging her from behind and both of them pose for the camera. In the caption, he wrote, “Hashtag-GrowupTogether Hashtag-MyFavouriteFilmmaker Love you at-Joi Akhtar.”

Karan’s film ‘Rocky Aur Rani Ki Prem Kahani’ starring Alia Bhatt, Ranveer Singh, Dharmendra, Jaya Bachchan and Shabana Azmi is all set to release. Whereas Zoya is all set to bring the new adaptation of ‘The Archies’. It stars Suhana Khan, Agastya Nanda and Khushi Kapoor among many other new faces.