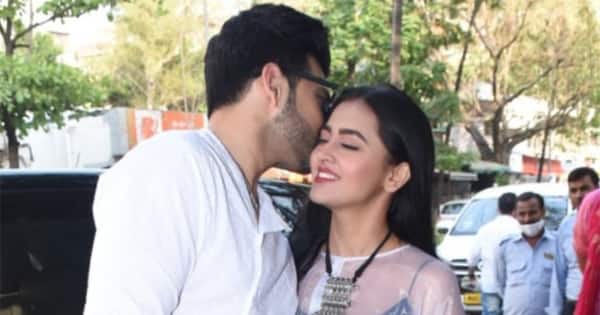 Karan Kundrra and Tejasswi Prakash are the most beloved couple in town and their fans are eagerly waiting for them to get hitched on. Karan and Tejasswi’s parents too happily accepted their relationship and gave them the green signal too. And now Karan Kundrra talks about his marriage plans. In conversation with RJ Siddharth Kannan, he was asked about his wedding plans with Tejasswi, to which Karan said, ” I’ve accepted ki meri Shaadi Tejasswi see ho Rahi hai (I’ve accepted that I’m getting married to Tejasswi).” He then continued, “Pehli shaadi hai joh India ne decide karli hai ki ye toh honi hi hai. Humse toh koi puch hi nahi raha. (Ours is the first marriage that India has confirmed. No one is asking us about it).” Karan was asked if they discuss marriage to which he added of course they do. When asked eventually about the date of their wedding. Karan said, ” We’re dating now.” The actor does have marriage plans but for now, they want to take it to sow. Also Read – Naagin 6, 19 March 2022 Written Update: Pratha aka Tejasswi Prakash and Rishabh aka Simba Nagpal get intimate

Talking about his parent’s approval of Tejasswi, he said, ” It’s very important for me to know what my parents think about… They have dedicated their lives to us. We cannot be selfish. I believe two families come together when two people are in a relationship. It was a sigh of relief that they loved her,” Karan said, adding, “They called her heart of the family.” He added, “I was like ‘Thank God inko koi pasand aayi hai (they like someone)'”.Tejasswi in an interview with Bollywoodlife had revealed that they both are madly in LOVE with each other, but right now they want to focus on their careers. Tejasswi even addressed that Karan is the best thing that happened to her and he is the best boyfriend ever. Indeed these two are just CUTIES. Also Read – Trending TV News Today: Naagin 6 sees the entry of this new actress, Gaurav Bajaj is the new lead of Choti Sarrdaarni and more