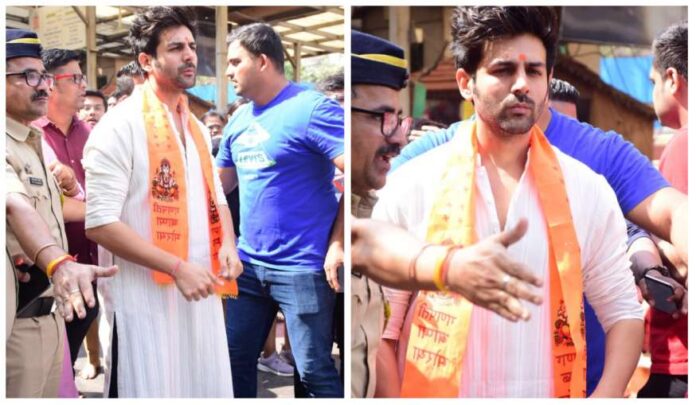 Karthik Aryan: Karthik Aryan is celebrating his 32nd birthday today. Karthik Aryan has shared pictures of birthday celebrations on social media. At the same time, to make this special occasion even more special, Karthik Aryan reached Siddhivinayak temple today. He took Bappa’s blessings on the occasion of his birthday. Karthik Aryan’s video is going viral. In which he is seen coming out of his black colored Lamborghini car. As soon as the actors get down from their car, the crowd surrounds them from all sides.

Kartik Aaryan Birthday: Kartik Aryan’s father wanted to make him a doctor, but his life was something like this

It has been a good year for Kartik Aaryan as he dominated Bollywood with the historic success of ‘Bhool Bhulaiyaa 2’. Kartik is one of the popular names in Bollywood today. Before his birthday, Kartik Aaryan also gave a stellar performance at the opening ceremony of IFFI 2022. Whose video was also going viral on social media. Along with this, on the special occasion of his birthday, Karthik first reached the Siddhivinayak temple this morning, took Bappa’s blessings and started his day in this way. Kartik is here to thank for his successful year as he not only delivered a blockbuster film this year but also shot some big films. During this, the actor wore a white kurta.

Mouni Roy Career: TV’s Naagin Hasina Mouni Roy was a background dancer, then this is how she entered Bollywood

Karthik Aryan’s next film ‘Freddy’ is going to release soon. The superstar will next be seen in the action-entertainer ‘Shehzada’ with his ‘Luka Chuppi’ co-star Kriti Sanon, which is slated to release in February. Along with this, Karthik Aryan will be seen in ‘Captain India’, ‘Satyaprem Ki Katha’ and ‘Aashiqui 3’.