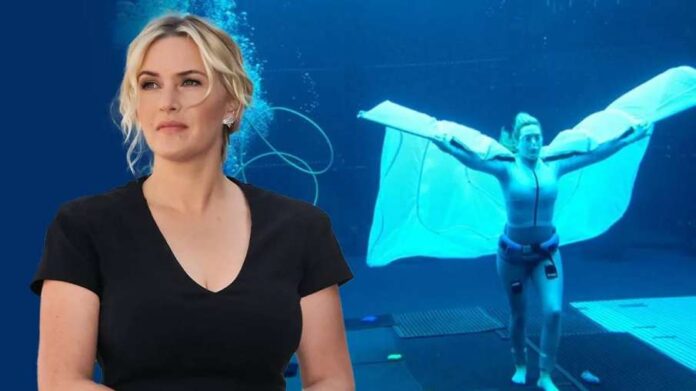 New Delhi: The sequel to the world’s favorite film ‘Avatar’ and the most awaited film ‘Avatar: The Way of Water’ is just a few days away from release. The whole world is eagerly waiting for the film. It took a full 13 years to make the film. Now before its release, it has come to light that during its shooting, actress Kate Winslet has broken the record of Hollywood star Tom Cruise.

hold breath for more than 7 minutes

Yes! Actress Kate Winslet broke Hollywood star Tom Cruise’s record after she stopped breathing for 7 minutes 15 seconds during the shooting of ‘Avatar: The Way of Water’. The average person can hold their breath for about a minute or two. The 47-year-old actress, who plays ‘Ronal’ in the much-anticipated sequel, was underwater for 7 minutes and 15 seconds. Cruise held his breath for six minutes on the set of ‘Mission: Impossible – Rogue Nation’.

Husband made the video

Speaking at a global press conference ahead of the film’s launch, she said, “I actually have a video when I was holding my breath in the water and the only reason for this is because my husband sneaked in. I said , ‘Please don’t come because I don’t want you to make the video. I’ll just feel pressured, just please don’t do it’ and he interrupts.”

‘Spider-Man’ fame actor secretly engaged? The mother of the actress gave hints through the post

Why did Kate do this scene

Kate added: “I wanted James to go the right way, that was the first thing I wanted to do – it was definitely not a contest.” The Avatar sequel reunites Kate and director James Cameron on the set for the first time since the 1997 blockbuster ‘Titanic’.

‘Avatar: The Way of Water’ is set to hit the theaters on December 16.