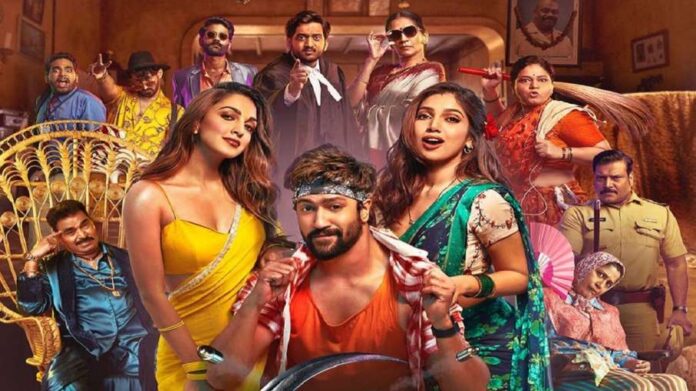 The explosive trailer of Bollywood actor Vicky Kaushal, Kiara Advani and Bhumi Pednekar starrer most awaited film ‘Govinda Naam Mera’ has been released. The trailer of the film is getting a very good response from the audience, along with this the posters of the film are also very funny. Recently, during an event, Vicky Kaushal was asked what was his wife and actress Katrina Kaif’s reaction after seeing the film’s poster? Responding to this, Vicky first smiles and then says that Katrina has liked the poster of the film very much.

In the video going viral on social media, Vicky Kaushal is seen surrounded by fans and paparazzi. During this, someone also asks Vicky if both of you i.e. Katrina and Vicky will be seen together in a film, then Vicky jokingly says that you should produce the film. Vicky Kaushal is getting a lot of buzz these days about his upcoming film ‘Govinda Naam Mera’. Recently, the trailer trailer of the film has also been released, sharing which Katrina wrote, ‘It looks very funny’.

‘Govinda Naam Mera’ will see Bhumi Pednekar as Vicky Kaushal’s wife and Kiara Advani as his girlfriend. The film is scheduled to release on December 16, 2022, not in theaters but on the OTT platform Disney Plus Hotstar. Talking about Katrina Kaif’s workfront, her film ‘Phone Bhoot’ was released in theaters on 4th November. In this film, Siddhant Chaturvedi and Ishaan Khattar were seen in the lead roles along with Katrina. The film could not show anything special at the box office. In the coming time, Katrina Kaif will be seen in ‘Tiger 3’ with Salman Khan. This film is going to be released in the year 2023.

OTT Release: These films are going to be streamed on OTT this week including India’s official entry ‘Chello Show’ for Oscar Awards 2023, see full listt