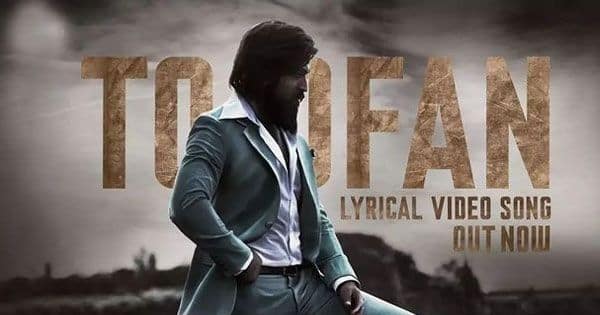 KGF Chapter 2 starring Yash is all set to release, and the box office reports are very encouraging. Some experts feel that the movie will do better opening business than RRR in the Hindi circuits. The opening bookings for KGF 2 is phenomenal in India and abroad. KFG 2 also stars Raveena Tandon in a pivotal role. As per experts, it is going to make Rs 100 crore in the opening week in Karnataka. The overseas booking for the movie is also bringing in great expected numbers. Yash is all set to become the next pan-India superstar after Prabhas and Jr NTR after this. Also Read – Kajal Aggarwal is a sight to behold in a ruffled dress during maternity photoshoot; shares insight into her prep for motherhood

The movie has reportedly already seen advance bookings to the tune of Rs 10 crore in all languages. This is five days before the release. Also Read – KGF 2 box office: Yash starrer expected to make DOUBLE the numbers than RRR on day 1; remains unstoppable in advance bookings

Including All languages, #KGFChapter2 Advance Bookings in India have Crossed ₹10 Cr Mark now!. Fantastic Trends, 5 Days before release. Most probably This is just a warm-up! #KGF2onApr14 pic.twitter.com/vVh1lHaubG

It seems in Kerala, the advance bookings for Beast and KGF 2 have already crossed Rs 14 crores. This is a huge number. This is going to be the biggest week for the Malayalam box office. Also Read – TV News Weekly RECAP: Umar Riaz fans troll Rashami Desai; Bharti Singh-Haarsh Limbachiyaa, Debina Bonnerjee-Gurmeet Choudhary become parents and more

Some experts are saying that the numbers for the the Hindi belt are around Rs 5 to 6 crores. These are huge numbers. Yash has won over people with his humility. He said that it was unfair to compare him to Shah Rukh Khan to Salman Khan as he grew up watching them. He said he is a student of cinema. KGF 2 is coming in theatres from April 14, 2022.