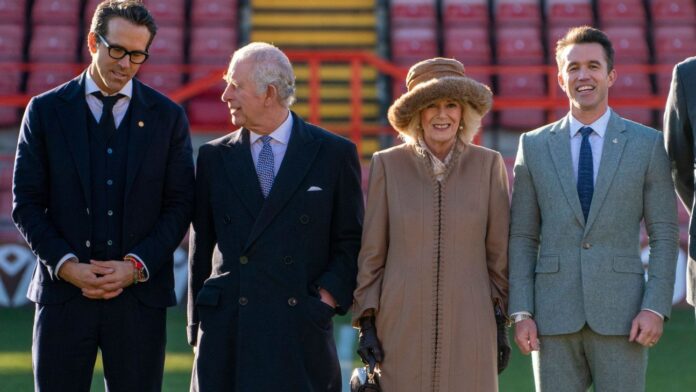 A Philly boy, a Canadian and a king meet to talk football. It’s not the pitch for an unlikely buddy comedy, but the result of King Charles III’s visit to Wales on Friday.

The British monarch and Camilla, Queen Consort, visited Wales on Friday and the royal couple attended a ceremony at St Giles Church in Wrexham, Wales. They were there to celebrate Wrexham earning “city status” in 2022 during Queen Elizabeth II’s platinum jubilee celebrations.

The visit led to some surreal images when it arrived at the Racecourse Ground, home of King Charles III Wrexham AFC, There he met the club’s famous owners: actor Ryan Reynolds, star of “Deadpool” and Rob McElhenney, creator and star of the FX TV series “It’s Always Sunny in Philadelphia.”

Reynolds, of Venover, and McElhenny, of Philadelphia, made the north Welsh town known outside the UK when they bought Wrexham AFC in 2021. The club, which finished second in the National League of English football in 2021-22, has its ups and downs covered in the documentary “Welcome to Wrexham.”

Reynolds said that he and McElhenny wanted to uplift the club and the city.

“Visiting the king is certainly one way to do that, that’s for sure,” he told Reuters,