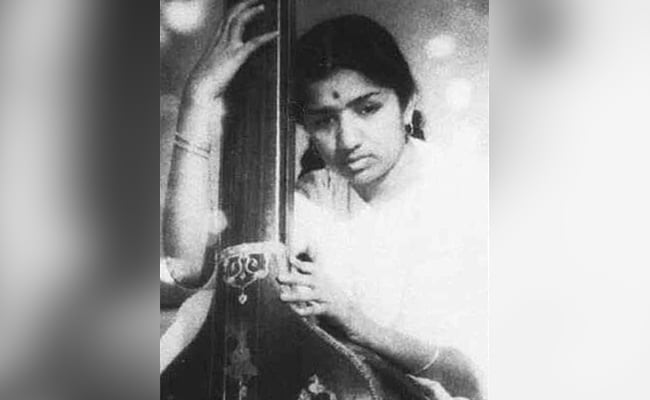 A file photograph of Lata Mangeshkar

Lata Mangeshkar, for whom the description playback singer is something of an understatement, died in Mumbai’s Breach Candy Hospital on Sunday. She was 92. Ms Mangeshkar was taken to the intensive care unit on January 8 after testing positive for COVID-19.

Lata Mangeshkar was being treated for both pneumonia and COVID-19. Her symptoms were mild but she was in ICU because of her age, family said. Over the next few weeks, Ms Mangeshkar showed signs of improvement. However, on Saturday, hospital authorities said that Lata Mangeshkar had been put back on the ventilator after her health deteriorated, news agency ANI reported.

Lata Mangeshkar, a recipient of the Bharat Ratna, Padma Vibhushan, Padma Bhushan and Dadasaheb Phalke Awards, was an icon of Indian cinema, having sung playback for an extensive list of Hindi films; she also sang in several regional languages including Marathi and Bengali. Ms Mangeshkar, who belonged to a prominent musical family, also composed music as well as produced a handful of films. She was popularly known as the ‘Nightingale of India.’

Lata Mangeshkar, born in 1929, was the eldest of five siblings, among them singer Asha Bhonsle who visited Mangeshkar in hospital after she was taken to ICU. Their father was classical musician Pandit Deenanath Mangeshkar, who gave the young Lata Mangeshkar her first music lesson. In 1942, when her father died, 13-year-old Lata Mangeshkar began her career in music, juggling singing with acting parts in Marathi films. In 1945, Ms Mangeshkar had an early hit in the song Aayega Aanewala from the film Mahal, starring Madhubala. From there, Lata Mangeshkar’s voice and career soared to the greatest of heights. She sang raga-based compositions by Naushad in films like Baiju Bawra, Mother India and Mughal-E-Azam, Shankar-Jaikishan’s melodic hits in Barsaat and Shree 420; Salil Chowdhury’s lilting tracks in Madhumati won her a Filmfare Award for Best Female Playback Singer; three more Filmfare Awards came by way of Bees Saal Baad, Khandan and Jeene Ki Raah. Lata Mangeshkar won three National Awards for Best Female Playback Singer for the films Parichay, Kora Kagaz and Lekin. Other memorable films in her credits include Pakeezah, Abhimaan, Amar Prem, Aandhi, SIlsila, Chandni, Sagar, Rudali and Dilwale Dulhania Le Jayenge.

Among Lata Mangeshkar’s most iconic songs is the patriotic composition Aye Mere Watan Ke Logo; the song, commemorating Indian soldiers who died in the 1962 war with China, was performed on Republic Day in 1963 at the National Stadium in New Delhi. Lata Mangeshkar sang it live in the presence of President S Radhakrishnan and Prime Minister Jawaharlal Nehru.

Lata Mangeshkar composed music for a handful of Marathi films, winning the Maharashtra State Government’s award for Best Music Director in 1965 for the film Sadhi Manase. She also produced some films, among them 1990’s Lekin, for which she also sang.