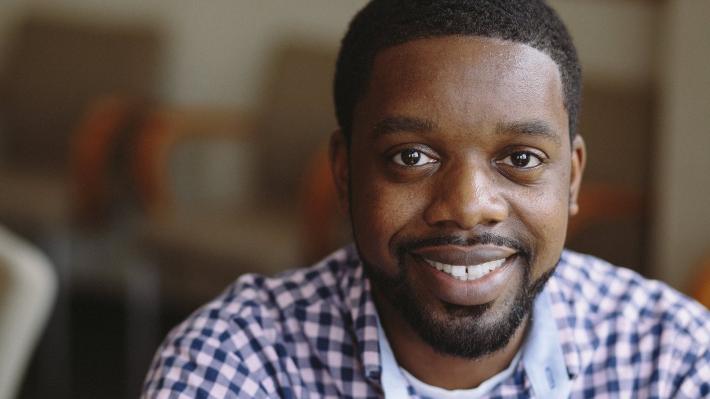 Repairing a home that’s been destroyed in a hurricane, tornado, flood or fire can take quite a while, displacing homeowners during that time.

Captain founder and CEO Demetrius Gray noted that following storms, like the Katrina and Sandy hurricanes, the average primary recovery period was 14 months. Smaller storms can still take up to five months for financing and repairs to be completed as the homeowner works with their mortgage company, insurance provider and contractor to get the work completed.

Add in that the average homeowner insurance deductible is $1,000 and the fact that the average consumer has only $400 in savings, and you can imagine that homeowners have to find creative solutions to get back to normal and tolerate that it will take time, he added.

That’s where Captain comes in. The fintech company, founded in May 2021, came out of stealth mode Thursday with a lending tool aimed at bridging the gap between those policyholders, insurance companies and contractors so that a homeowner can choose a contractor and have repairs completed within 30 days versus 180 days.

“There is a new paradigm of severe events occurring and there has to be climate adaptation,” Gray told TechCrunch. “People are waiting years after events to recover or are searching for how to pay for that. The way in which Captain can help is by giving contractors all of the tools they need to get through the claims process faster and easier.”

Prior to starting Captain, Gray was an accountant in construction companies focused on insurance restoration work. He saw that no one was really merging the data for how roofing contractors inspected work, and if you could bring that together, you would be able to tell which house should file a claim and which shouldn’t.

That turned into WeatherCheck, a Kentucky-based damage prediction company that was part of Y Combinator’s winter 2019 batch. He still owns the company and plans to use WeatherCheck’s data at Captain in the future.

The contractor business is still mainly done with pen and the three-ply contracts we all know well. Captain took that process, digitized it and embedded it into an application combined with legal due diligence for state and local requirements.

Once the contractor and work is vetted and approved for financing, the company vets the data coming from the insurance company and determines if that is correct or not. Approval to begin work and get financing with Captain takes about 30 minutes.

Captain then manages the interaction with the insurance carrier and other third parties and pays all of the bills for the work, eliminating the lien risk for the policyowner and enabling the process to run smoother and for the contractor to focus on the work.

The company is already working with 50 contractors throughout the U.S. and paid out $5 million. Gray anticipates being able to deploy another $20 million to contractors in the next three months, thanks in part to $104 million in total financing that the company raised.

The funding includes $4 million in seed capital backed by NFX, GGV Capital and Red Swan. The other is $100 million in debt financing from CoVenture.

In addition to deploying more capital, Captain will use the new funding to expand its sales and engineering teams and round out its leadership team with new hires for roles, including vice president of engineering, head of growth and head of talent. The company has nine employees currently, and Gray expects to expand that to between 50 and 75 by the end of the year. The company is also targeting new cities, including Dallas, Denver and Chicago, which often have exposure to hail.

Up next, Gray sees Captain looking at other offerings, for example, to finance projects for homeowners in places where there is no requirement for insurance once you own your home. The company is preparing for California’s fire season by recruiting homebuilders and remediation contractors there.

Captain is not alone in offering lending to contractors; for example, Sunlight Financial, Enhancify and Billd all provide some kind of funding to contractors. Where Gray sees his company differentiating itself is by focusing on the policyholder versus the insurance company, like others.

“The lens in which we view ourselves is how we can help the policyholder put their life back together as quickly as possible,” he added. “It is about introducing solutions targeted on the other side of the insurance contract. The policyholder has rights, but don’t know what they are and are often left to fend for themselves. We are giving guided solutions for when the unfortunate does occur.”