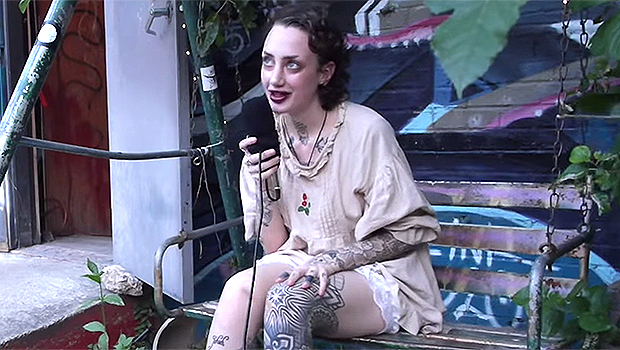 A young rising star of the social media music scene has died. Lil Bo Weep, the Australian singer, born as Winona Brooks, passed away at age 22. Here’s what we know.

Lil Bo Weep (née Winona Brooks) died Thursday, Mar. 3, according to a Facebook statement made by her father, Matthew Schofield. “This weekend, we lost the fight for my daughter’s life against depression, trauma, PTSD, and drug addiction that we have been fighting since we got her back from America through emergency repatriation DFAT but broken,” he wrote. “She fought hard against her demons as we all did side-by-side next to her and picking up the broken pieces over and over again, but she could not fight anymore, and we lost her.”

“As her dad, I am proud of her beyond words as she is my hero, my daughter, and my best friend that I love so, so much She is no longer hurting now with the universe wanting their angel back,” he continued. “A big part of me is lost at the moment, but I ask respectfully that my close friends try not to ring me until I get some way through this.” Matthew wrote that his daughter will “always [be] in my heart.”

As of Mar. 8, a cause of death wasn’t known. As her family, friends, and fans mourn the loss of this young woman, here’s what you need to know:

“I’m a female musician, artist,” Lil Bo Weep told Evolving Public in 2016. She hailed from Adelaide, Australia, and her music was “so full of life, a heavenly voice that always merges together with ambient sounds to create something you can feel at all angles,” according to the publication.

“I used to be more focused in production and crazy songs, now I’m more into soft ambience,” she said. “My music taste is constantly changing. At the moment, I’ve been into Surrender Dorothy and nothing,nowhere. I’m also into visual arts and drawing, anything creative really.”

She Revealed The Meaning Behind Her Name In 2019

“At first, it was a joke,” Winona said about her “Lil Bo Weep” name while talking to High Thoughts TV in 2019. “I put it up because I just wanted to just make stupid music, and I guess it sort of took off. So, ‘weep’ is just, like, sadness.”

She Also Performed Under The Name Unaloon.

In addition to making music as Lil Bo Weep, Winona released tracks under the name Unaloon, a name inspired by the Buddhist symbol unalome. The unalome is “a Buddhist symbol that represents each individual’s transcendence,” according to Yoga Practice. “The symbol embodies our existence on this earthly plane. It also cultivates our awareness of the role we play in this life. The unalome is about analyzing your actions and learning from them.”

Winona said that her Unaloon name was inspired by “healing,” whereas Lil Bo Weep was a facet of her sadness. “And that’s the difference in my music,” she said.

In Winona’s final Instagram post, shared on Mar. 2, the musician gave a tearful message about how “around this time, last year, I lost my child, and I would like to do something in remembrance of her.” She asked local friends and fans to reach out if they wanted to lay flowers down by a local beach while mourning the child. “

Winona wrote that “not only have I been mourning my child, I have recently found out my fertility has been affected by growing up with a severe eating disorder.” In her final IG post, Winona encouraged those who might be undergoing similar troubles to “really think about what you’re doing to yourself because I may never be able to have a full-term pregnancy or have a child of my own due to the way I treated my body.”

“I’m so lucky to have the support I do,” she told Evolving Public. “I wouldn’t have met half the people I’m close with now if it wasn’t for their strong support. I’m really interactive with my followers. I try to respond and connect with as many people as I can. It’s awesome to know I can help people in the ways I do through music, the things I love.”