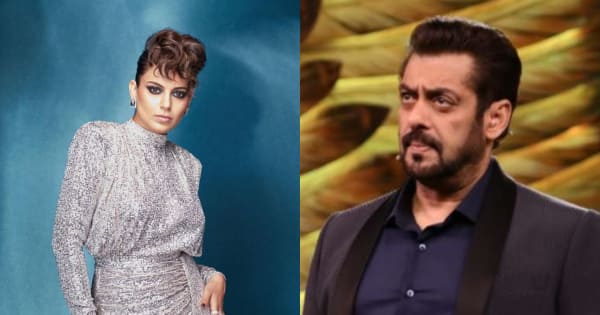 Ekta Kapoor and Kangana Ranaut are coming together for a never before seen reality show on an Indian OTT platform titled Lock Upp. The Czarina of Indian television announced a few days ago that she’s bringing a first of its kind reality show on the Indian OTT platform, with a host or hostess if we may, and while Kangana Ranaut was the name being speculated, Ekta Kapoor finally revealed that she has indeed joined hands with the Dhaakad actress. The announcement was made and boy did the anticipation live up to its astronomical expectations. Also Read – Kangana Ranaut’s reality show Lockup: Ekta Kapoor reveals who’ll be the contestants

So, we asked Kangana Ranaut what kind of host she intends to be? Will she care for the contestants, support them or take them to task like she’s known for. Without hesitation, the Dhaakad actress replied that all celeb contestants will be treated as per the situation demands. Her focus will be on creating engagement, excitement and entertainment on the reality show as she’s hoping to make both some friends and enemies. There will be some who’ll receive her wrath and some will get her love. Also Read – Lockup: Kangana Ranaut OTT reality show by Ekta Kapoor gets a title – here’s all you need to know

People who manage to be themselves no matter what the situation will be supported. Moreover, she emphasised that there’ll be no moral policing, no care or support shown based on fake emotions, no questions on why people argue, and we couldn’t help but wonder if that’s was a not so subtle dig at Salman Khan on Bigg Boss. Also Read – Shah Rukh Khan, Nayanthara film with Atlee to resume from THIS DATE; film’s final schedule details OUT

So, will the show feature celebrities or common people as contestants? Ekta Kapoor revealed that it’ll only be celebrities, and without dropping names, she added that all have been vetted by her hostess, Kangana Ranaut, who’s likely having the final say on who’s going inside.

Elaborating on the format of Lock Upp, both Ekta Kapoor and Kangana Ranaut said that it’ll involve sixteen contestants for three months, all of whom will be locked up in jail cells, and though it’s a captive format, it’s unlike anything ever seen on Indian television or streaming services as they’re confident that a reality show of this nature hasn’t been showcased before and a lot more controversy is being promised than Bigg Boss.