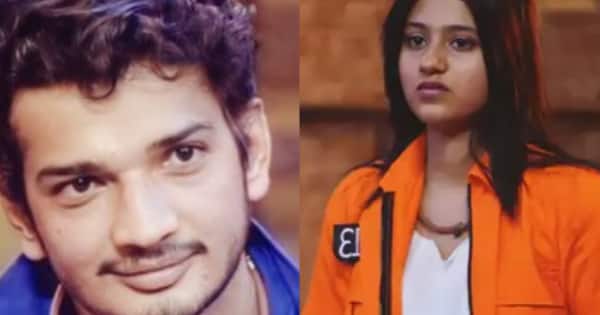 Kangana Ranaut’s show Lock Upp has managed to attract the attention of the viewers. Amidst all the contestants, it is Munawar Faruqui who is being praised a lot. On social media, he trends quite often as fans shower love on him. In yesterday’s episode, Munawar Faruqui made a shocking confession. It was Kangana Ranaut who motivated him to come out clean and talk about his personal life. He is now getting linked to Anjali Arora who has already confessed that she is in love with him. Also Read – Shah Rukh Khan, Jacqueline Fernandez, Salman Khan and more Bollywood celebs who were caught flaunting their love bites

First Kangana Ranaut asked him whether he would like to say the truth and talk about his personal life to which he agreed. Then a blurred picture was shown to the audience and the contestant. Munawar then refrained from talking about it. However, Kangana Ranaut motivated him by saying that his silence will only lead to negativity. He then confessed that he is married and also has a child. Munawar shared that he is headed for a divorce and the matter is in court. Anjali Arora was left stunned by this confession of Munawar. Later in a conversation with Saisha, the contestant confessed that he is doing this show only for his son. Munawar mentioned that the past 2 years have been really tough for him and he did not speak much about his personal life because he does not want anything to affect his child. He was also heard saying, “Kuch cheezein court mein hain. I don’t want those things to come out. Thoda sa baat karunga to sabko pura jaanna hoga.” Also Read – Kareena Kapoor Khan-Karisma Kapoor, Shahid Kapoor-Ishan Khatter and 9 more powerful sibling duos in Bollywood

u can remove ur emotions frm ur face,hide it through expression. Bt u nvr remove or hide any emotions frm ur precious eyes
We are with you always @munawar0018
No matter what happened in ur past, Or wht will b the consequences. We’ll be always with u

Munawar indeed is ruling Lock Upp and hearts of his fans. Watch this space for more updates.