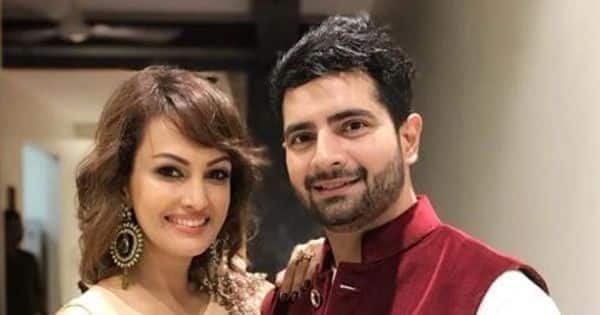 Nisha Rawal has been in the news ever since she filed an FIR against her estranged husband Karan Mehra while accusing him of domestic violence and infidelity. She is currently seen on Kangana Ranaut‘s reality show Lock Upp wherein she has openly talked about Karan’s extra marital affairs. And now, Nisha confessed that she got attracted to an old friend and kissed him while she was still married to Karan. Also Read – Worst dressed celebs of the week: Tamannaah, Kangana Ranaut, Urfi Javed’s fashion choices were royal flops

During the show, Nisha was asked by Kangana to reveal her secret when she hit the buzzer. She said that she looked up to her friend for emotional support after she had a miscarriage in 2014. “I got married in 2012 with my ex-husband (Karan Mehra) and in 2014 I miscarried a baby. I had spoken about this. The baby was five months old when I miscarried. Many also know that I was in a physically and mentally abusive relationship,” she said. Also Read – Lock Upp: Kangana Ranaut WARNS Kaaranvir Bohra for spilling his secrets; says, ‘you’ll regret later’

She added, “After the miscarriage, it came as a shocker. As a woman, there was a lot going on in my body and mind. Then, too, there were many incidents of abuse in my life. There was no one to share because being a public figure, me and my ex-husband it’s not easy to come out in the open. You think of your family and being judged by society. There was a lack of support. I was going through a lot of trauma.” Also Read – Lock Upp: Kangana Ranaut-Ekta Kapoor’s controversial reality show creates THIS record on OTT

Nisha further revealed that she suffered physical abuse at the hands of Karan after a big incident at her cousin’s sangeet ceremony in 2015. She met an old friend and confided in him about her past and Karan was aware of it. She received a lot of emotional support from him and then she kissed him.

“There was an incident where a big physical abuse took place. In 2015, at my cousin’s sangeet ceremony, there was a big incident and I was completely broken. I wanted to get therapy to talk to someone. There was a fear of being judged if I spoke to friends. At that time, we were also shifting to our new home. There I met an old friend. We connected after a long time. I confided in him about a lot of things apart from the abusive past. My ex-husband was aware of every time I would meet him. But I think I got close to him,” she said.

“I really got attracted to him because I think there was a lack of a lot of support and it was natural to get attracted. I got a lot of emotional support from him. There was a moment when I kissed that person. I confessed to my ex-husband that day itself. I also told him ‘We are not in a good state of our relationship.’ We had already spoken about parting ways and after that incident, I said that ‘I am sure I don’t want to be in the relationship and we should walk our ways’. It was difficult for me to come and say it but it was not taken positively then. But it was a big secret that I was attracted to another man while I was still married in 2015,” Nisha concluded.

Nisha had earlier revealed that her son Kavish doesn’t know anything negative about their parents. She said that she has sent Kavish to a behaviour therapist as they deal with kids from broken homes.