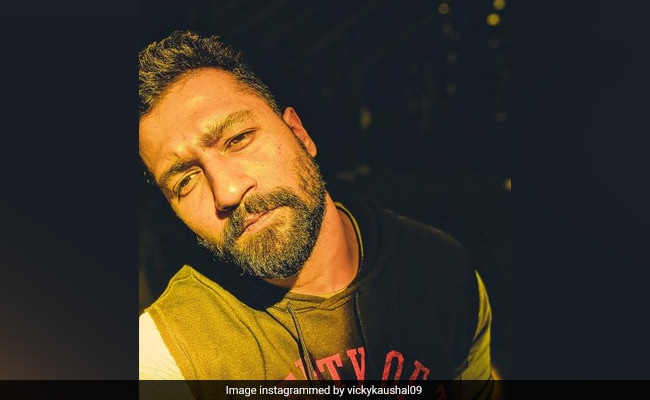 Vicky Kaushal has many upcoming projects lined up. On Thursday, taking some time out from his busy schedule, the actor shared an intense selfie on his Instagram handle. Sharing the post, Vicky wrote: “Long time no selfie.” In the pic, Vicky can be seen showing off his beard and sporting his look in a t-shirt under the reflection of yellow light. The pic appears to be from a film set. Recently, Vicky Kaushal shared a picture where he is seen posing with a wooden walking stick. He was dressed in a grey T-shirt and baggy trousers, with his chin up. He styled his look along with a hat. The caption read: “And 5 6 7 8,” which looked as if the actor was preparing for a dance step. Although no official announcement has been made, it appears that the actor is involved in a new project.

Vicky Kaushal gives his Instafam a good insight into his life updates. Recently, the actor got a new haircut. He showed off his look in an Instagram post and wrote: “What next?”

Recently, Vicky Kaushal shared a video in which he is seen grooving to the Blue Theme song by Blaaze, Raqueeb Alam, Sonu Kakkar, Jaspreet Singh, Neha Kakkar and Dilshad. The actor gives us a candid shot of himself in his car. Sharing the post, Vicky wrote: “In today’s episode of car jam.”

Vicky Kaushal posted a video where he shows off his moves from a popular music track Rowdy Baby on his Instagram account. Vicky Kaushal can be seen wearing a t-shirt and a pant as he dances to the track. Sharing the video, Vicky wrote: “What monday blues?,” along with hashtags like #setlife and #bestlife.