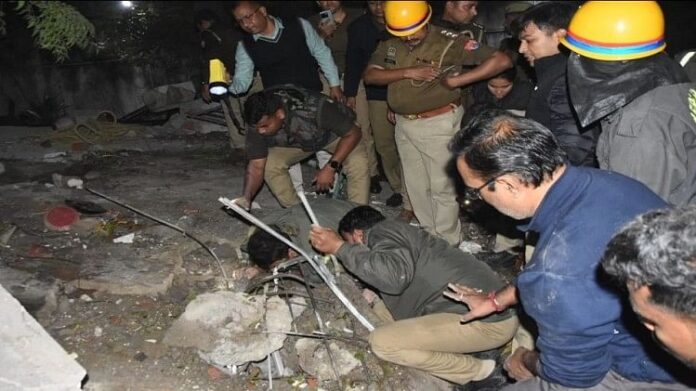 Uttar Pradesh Deputy Chief Minister Brijesh Pathak reached the spot. He told that the team of SDRF and NGRF is present on the spot. Three bodies have been recovered. All efforts are being made to save people.

The building suddenly collapsed, relief and rescue operations are underway. SDRF, NDRF team is present on the spot. 3 dead bodies have been recovered. All efforts being made to save people: Uttar Pradesh Deputy Chief Minister Brijesh Pathak on building collapse on Wazir Hasanganj Road, Lucknow pic.twitter.com/eOvzLY7f9b

A major accident has taken place due to the collapse of a building located on Wazir Hasan Road in Hazratganj area of ​​Lucknow. The name of the building is Alaya Apartment. It is said to be an old building. There were cracks in the building after today’s earthquake. But nobody noticed it.

After getting the information, police and relief teams are engaged in rescue work on the spot. It is being told that about 30 to 40 people can be buried in it.