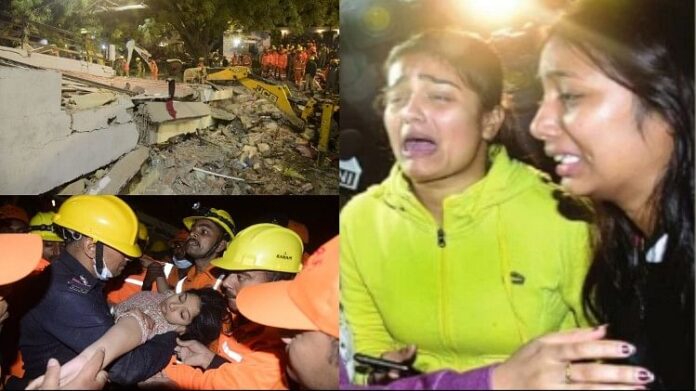 A five-storey building in Lucknow turned into a pile of debris. When people reached near the debris, screams were heard from inside. They were pleading for help. The patience of the people present outside was giving way, because they were not able to do anything even if they wanted to. Some were calling the police, some were gathering people, while some themselves were engaged in removing bricks etc. Maybe he can save half a life. Although it was not that easy. That’s why people stood helpless. When the police, army and SDRF personnel arrived, the rescue work could start and the trapped people started being pulled out. Local people told that seeing the pile of debris, it seemed that no one would have survived. He reached there in a hurry. The people buried inside were hopeful. Screaming loudly.

The people standing outside shouted that they had come to help. In this hope, the people buried under the debris continued to fight for their lives. After that they started being taken out one by one.

Apart from the police, SDRF and fire brigade, the people of the locality were also involved in helping. On the other hand, the traffic of the surrounding area was diverted. So that there is no problem in rescuing on the spot.

Were buried under the debris, called and said… we are alive

The SP leader’s family was also in the rubble. Those who were outside were wandering around crying. Then the family members called from inside. A voice came from under the debris – we are alive. Hearing this voice, the family heaved a sigh of relief for a moment.

After some time two members of his family were taken out. Two others remained trapped inside. The safe exit of two people raised the hope of survival of others who are trapped.