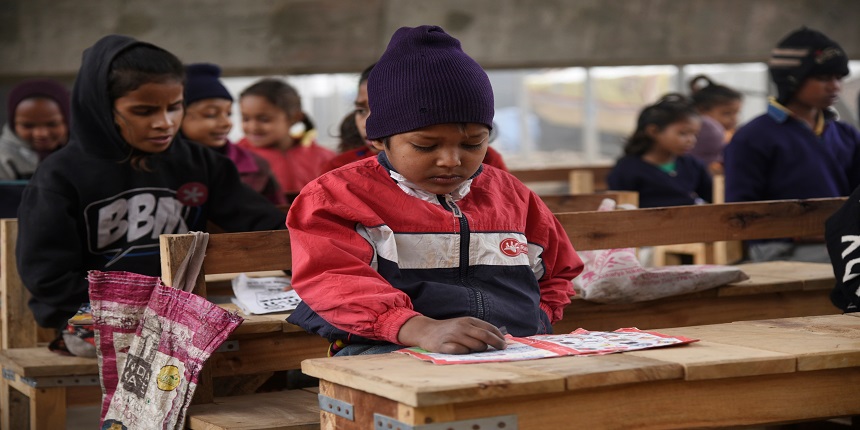 Singh got the idea of starting the ‘Vidyadan’ initiative after seeing illiteracy and poverty in the area. (representational)

In a novel initiative, a teacher-turned-policeman has started a study centre-cum-library in a police station premises at a remote village here in Madhya Pradesh with an aim to impart education to underprivileged children free of cost. Every morning, before getting into his police uniform, sub-inspector Bakhat Singh (41) takes on the mantle of a teacher between 7 am and 10 am for children from Class 4 onwards and those who aspire to appear for various competitive and civil service exams.

He motivates the children to study and encourages them to read books kept in the library set up by him at the police station in Brajpur village, which has a population of around 6,000 and is located about 40 km from the district headquarters.

Singh got the idea of starting the ‘Vidyadan’ initiative after seeing illiteracy and poverty in the area, which is mainly inhabited by Dalits, tribals and other OBCs who work as labourers in mines located nearby. Asked if children feel scared to enter the police station campus, Singh, who worked as a teacher in a government school some years back, told PTI that the police’s aim is to instill fear among criminals and welcome good people.

“We want to build a positive image of police. I strongly believe that literacy and good moral teaching can curb crime in society,” he said. Adarsh Dixit, a 15-year-old civil services aspirant, said he was initially scared of entering the police station, but after meeting Singh, he was impressed by his teaching methods and personality. Other students also praised Singh’s teaching skills.