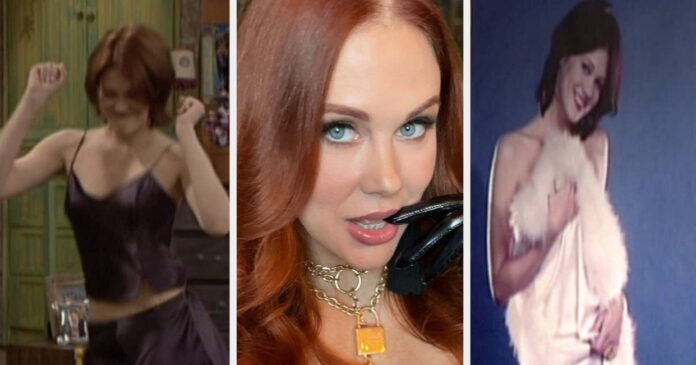 In Rated X, Ward recalls trying to bury the more sexual part of herself for decades through fear of what other people might think. Speaking to BuzzFeed News, she added: “For so long, especially in Hollywood, I was told you need to be a certain way, you need to be nice, you need to please people, you need to be a good girl, walk the straight and narrow, and I felt like things that were inside of me and my truth were a bad thing, or a dirty thing, or something ‘other than’ or wrong, and so I kept trying to hide it.”

And this is what makes her eventual decision to finally take the plunge — with the unwavering support of her husband — all the more inspiring, and Ward hopes that her story will encourage others to live their truth.

“I hope people can get inspired and can get hope out of it that they can change their lives and make their lives what they want it to be, no matter what other people tell them they’re supposed to do or supposed to be,” Ward added.

Now Ward runs her own business and shoots online content and livestreams while also starring in professional adult movies. She has enjoyed huge success and won industry awards for her performances, and after years of struggling to find work as a “mainstream” actor in Hollywood, she calls the level of control that she finally has over her career “the most freeing thing.”