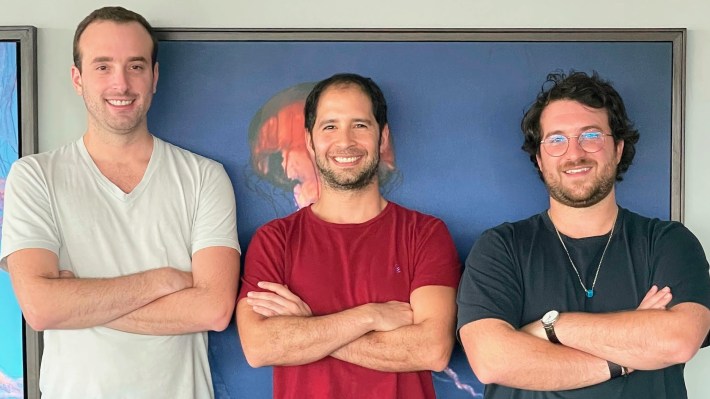 Brazil and Mexico are most known as Latin America’s hot startup ecosystems, but other countries, like Colombia, are gaining visibility and interest from investors.

One of the investors seeing promise in this country is Marathon Ventures, which closed its first fund of $26 million, touted as one of the country’s largest funds to date.

Pablo Navarro, operating partner, and Alejandro Echavarria, managing partner, co-founded the venture capital firm in 2020 with Leon Papu to focus on early-stage, business-to-business startups in emerging markets. Their plan is to fund about 20 companies in fintech, SaaS and marketplaces.

Echavarria has a background in finance and construction while Navarro was previously with Amazon. Echavarria says Latin America is traditionally viewed differently by investors.

“It’s a different paradigm,” he added. “You can be introduced to 100 funds before you get a term sheet.”

As angel investors, the trio would often be approached by seed founders seeking introductions to strategics and key hires. This was around 2018, Echavarria said, when there was a recognizable funding gap at the seed stage. After that, they began seeing the first cohorts of startup alumni founding their own businesses.

“We thought that would change everything, and with their history, would help global investors warm up to the region,” he added.

Then the global pandemic hit, and the trio thought there needed to be more concentrated seed investors with the bandwidth and time to support the founders.

They started Marathon initially as a company builder in 2020, which is how they ended up investing in Tul, ​​a B2B e-commerce marketplace that optimizes the construction-material supply chain for hardware stores across Latin America. In January, Tul announced a $181 million Series B round at an $800 million valuation.

They then pivoted to be a fund, though they continued to leverage their previous knowledge and network. Echavarria says Marathon invests in talent at the earliest stages, even before there is a pitch deck.

“One of the biggest pain points, where Pablo is actually an expert, is creating a top-of-the-line team and developing markets,” he said. “In fact, 50% of our team is focused on helping scale.”

In addition to Tul, the fund has invested in eight companies and is already seeing an approximate two-time return over the total fund size to date. Marathon’s portfolio includes companies like Estoca, Meru, Neivor, Sprout, Sumer, Welbe and Wonder Brands.

In its quest to invest in emerging markets, Marathon will establish an office in Mexico City by the end of the first quarter of 2022.

Meanwhile, Colombia is riding some tailwinds that have occurred over the past couple of years in Latin America as investment has poured into the region. Latin America saw $19.5 billion in investments in 2021 — more than triple the amount of prior years — making it the fastest-growing region in the world for VC funding in 2021, according to Crunchbase News. Meanwhile, that trend of record-breaking investments is poised to continue this year, especially with reports that SoftBank will put another $3 billion in the area’s startups.

Colombia is “punching well above its weight,” with much of the capital chasing total addressable markets, Echavarria said. He also believes that Colombian companies are in a good position, and that as more startups build in Brazil and Mexico, they will also be thinking of Colombia as their next market.

“We have six years of angel investing, where we have seen the opportunity and the talent,” Papu added. “Though Colombia has a smaller talent pool, it is of high quality. We are hyper-focused on talent in general. There is an opportunity to catalyze the whole ecosystem because here we have seen not so much of the skills gap, but experience gap. We are working to pair founders with mentors here and in other geographies. That is a big point for us because we want founders to consider us as a talent investor, not just a seed fund.”