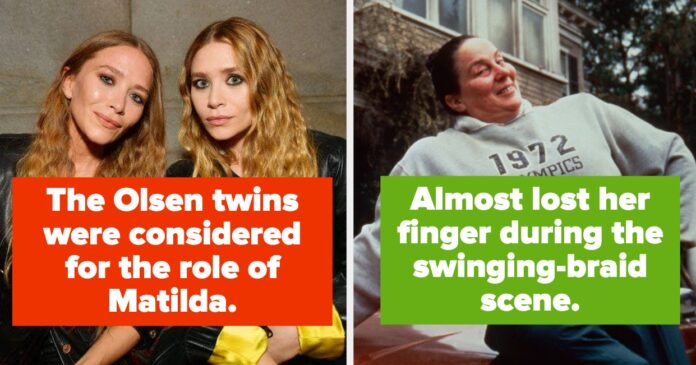 Mara’s mom Suzie Wilson was diagnosed with breast cancer on March 10, 1995 and died on April 26, 1996. Mara remembers Danny DeVito, Rhea Perlman, and the rest of the cast and crew being her biggest support system during that time.

“I didn’t know [at the time],” Mara told Thrillist of her mom’s diagnosis. “She was so resilient and so strong, and that was what she prided herself on, and there was a lot of help from the people there. The DeVitos were definitely very helpful, everyone there, our studio teacher Richard [Wicklund]. Everyone on set gathered around me and took care of me. After she went to the hospital [during the shoot], she actually wrote up a letter thanking everybody for all their support and gave it and sent it to Danny. They passed it to the call sheet the next day just so everybody would know. Matilda is really what got me through that, I think. There is no question that I would have gotten through that year and the next year of publicity and everything without Matilda.”