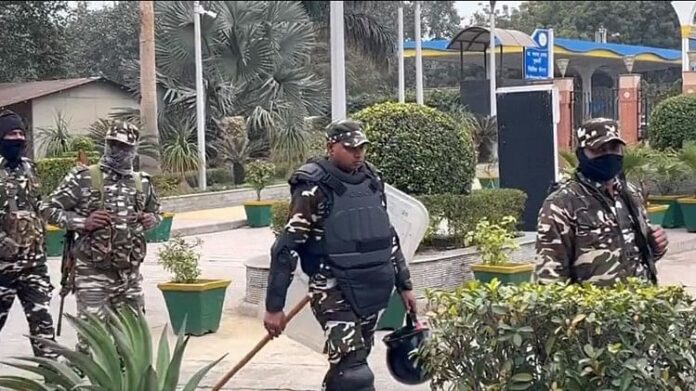 Proceedings will start from where it left off – BJP

BJP leader Shikha Rai has said that the proceedings of the House will start from where it was left.

The first sitting of the House is set to begin shortly at the Civic Center with heavy security arrangements in place.

At the same time, before the commencement of the proceedings of the House, a large amount of security forces have been deployed so that there is no ruckus like last time. The Aam Aadmi Party has accused the BJP regarding this. AAP MLA Saurabh Bhardwaj has tweeted, BJP has brought force with sticks and sticks to capture the Municipal Corporation today. Have you seen this in any house?

Today BJP has brought force with sticks to take possession of Municipal Corporation. Have you seen this in any house? pic.twitter.com/QDNwxCxvYJ

MCD Mayor Election: AAP got angry after heavy security forces reached the House, said- BJP wants to capture with the force of baton

Amidst the ongoing tussle between the Aam Aadmi Party and the BJP over nominating councilors in the MCD, Delhi’s mini government may get a ‘Bigg Boss’ on Tuesday. Today the oath will be administered to the corporators in the Municipal Corporation House. After this the election of Mayor, Deputy Mayor and Standing Council members will be held.