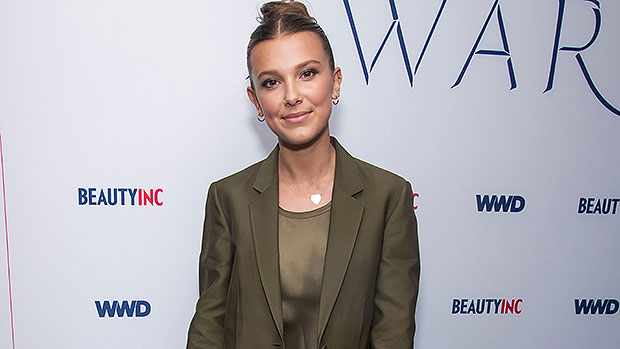 Millie Bobby Brown’s parents risked everything to give her a chance at her Hollywood dreams, and now, they’re watching them come true. Meet the actresses adoring parents Kelly and Robert, here!

Though Millie Bobby Brown only just turned 18, the young star has already made an unforgettable mark on Hollywood. Since bursting onto the scene as the mysterious star of Stranger Things and becoming one of the youngest nominees ever for a Primetime Emmy Award, Millie’s seen herself on the big screen in films like Godzilla vs. Kong and Enola Holmes. Balancing a major career and the hectic nature of growing up, Millie needs a reliable support system; thankfully she has that in her parents Kelly and Robert Brown. Since day one, Kelly and Robert have been supportive of Millie’s acting dreams, and even reportedly “went broke” at one point to help fulfill them.

Though Millie (born Marbella) has become one of her generation’s Hollywood elite, her down-to-earth parents make sure she always has genuine support to fall back on and remembers the humble dreams she came from. Learn all about Millie’s adoring mom and dad, here.

Kelly first found out she was pregnant with Millie in 2003, just before she and Robert were set to relocate to Spain, where Robert’s parents ran a restaurant. Millie was born in 2004, and discovered a love for performance early on in life; from there forward, her parents reportedly put everything towards supporting Millie’s dreams, even selling everything to move their family from the UK to Hollywood after an agent offered to represent her. In an interview with the Daily Mail, Millie opened up about the difficulty of that time, sharing: “It was tears, tears, tears. We went through tough times.” Kelly’s dedication to her younger daughter even caused a rift between Millie and her sister at the older time, and Millie recalled: “My older sister left. She didn’t want to do it anymore.”

Though Millie first knew she wanted to be onscreen around age 8, Millie’s father Robert has asserted she’s been “performing since day one.” Robert, who affectionately calls his daughter “Mill,” told the Daily Mail: “My other children would watch cartoons, but Mill watched musicals – Chicago, Moulin Rouge, Annie, and Bugsy Malone. She’d belt out a tune.” In his own life, Robert’s worn multiple career hats, from real estate agent to a brief stint at the helm of a Florida tooth-whitening business.

Ultimately, it was Robert who first got Millie enrolled in acting school….partly, to get his energetic daughter out of the house and off his back. “‘I was annoying my father one Saturday and he said: “We need to find you something fun to do,’” Millie shared with the Daily Mail. Robert enrolled her in stage school on the weekends, and the rest was history.

Though both Kelly and Robert have kept low-profile lifestyles themselves, and are rarely photographed by the media, it’s clear they’ve done everything to support Millie from behind the scenes. Wherever this rising star’s career goes next, Millie is lucky to have a team behind her who always has her best interests (and true happiness) in mind!