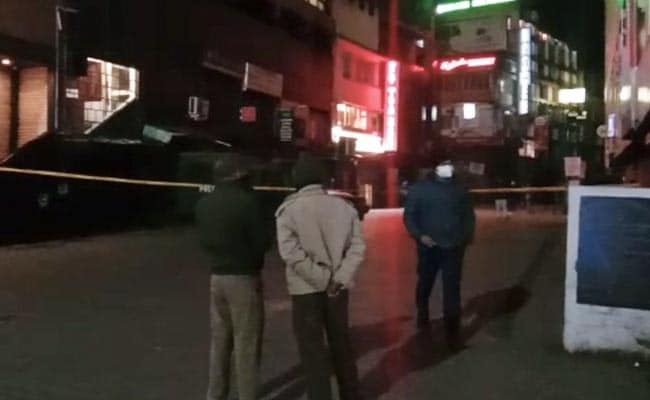 Shillong blast: The minor had allegedly planted the IED, said the minister. (File)

A 17-year-old was detained in connection with the blast at Police Bazaar in Shillong and a live IED along with some bombs were recovered from his residence, Meghalaya Home Minister Lakhmen Rymbui said on Monday.

A person was also arrested in connection with the blast that took place on Sunday evening at the entrance of one of the shops at Police Bazaar, he said.

The minor had allegedly planted the IED and was tracked, apprehended and detained for questioning and his accomplice has been arrested, Mr Rymbui told news agency PTI.

The seized IED and the bombs were later defused by the bomb squad, he said.

“The police is leaving no stone unturned to ensure that all those involved in the criminal act are arrested and normalcy is restored in the city,” the minister said.

East Khasi Hills district superintendent of police Sylvester Nongtynger said that during inquiry the minor had admitted his involvement in the blast and claimed to be the area commander of banned Hynniewtrep National Liberation Council (HNLC) in Shillong region.

“On the lead provided by him a crude IED was recovered from the residence of his relatives located at Nongthymmai which was safely defused and duly seized in the presence of independent witnesses,” the SP said.

A case was registered in this regard and investigation is on, according to the senior police officer.

Opposition parties have expressed concern at the blast and asked the Meghalaya government to ensure that security in the state is improved at all costs.

“Highly disturbed to hear IED blast at Shillong which not only can upset peace we restored but also retard dev; everybody should join in condemning this act of cowardice. Govt must act…restore their focus (sic),” Leader of Opposition and senior Trinamool leader Mukul Sangma said.

“A blast in the heart of d state capital is very dangerous — what is happening Mr @SangmaConrad? Didn’t we handover a peaceful state in 2018? Have you shunted all the dedicated, efficient police officers at d cost of people’s interest (sic)?” he added.

Senior Congress leader Ampareen Lyngdoh tweeted, “I unequivocally condemn the act of terror committed last evening in Shillong. The Meghalaya government has failed to prevent yet another IED explosion and it needs to act swiftly against such acts of cowardice.”

The chief minister had condemned the blast in a tweet last evening.

“Strongly condemned the blast at Police Bazaar, Shillong this evening. An attempt to disrupt peace and bring harm is nothing but a cowardly act. Perpetrators will not be spared. We will ensure peace prevails in the state,” he said.