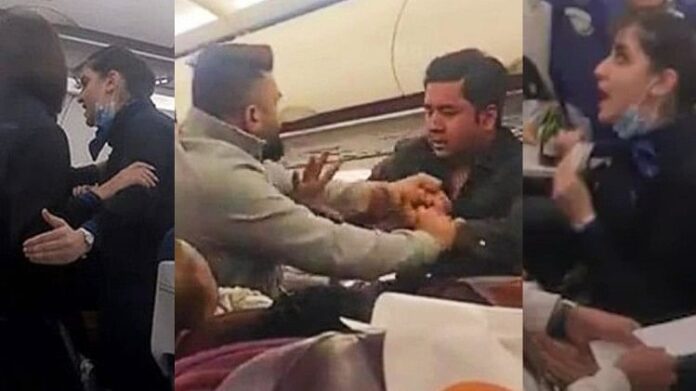 The cases of fights, noises, drunken spectacle in flights are increasing continuously. The case of urinating on an elderly woman in an Air India flight was not settled yet that now foreign passengers molested the air hostess in the flight. In the second case, the matter of assault with the flight captain has also come to the fore. Many such cases have come to the fore in the last few days. Let’s know about five such cases…

On Sunday, January 8, three youths created a ruckus in the Delhi-Patna Indigo flight. All three were intoxicated. During this, when the air hostess and the people around tried to explain to the passengers, they also got confused with them. Also misbehaved and flirted with the air hostess. According to the complaint of the pilot, all three also had a fight. On the other hand, the pilot has made a written complaint about this at the airport police station in Patna. This flight 6E-6383 reached Patna airport at 8.55 pm on Sunday night. Police have arrested two accused, while one is absconding. The names of the accused are Rohit Kumar, Nitin Kumar and the name of the third is Pintu Kumar. In this matter, Indigo has said that the matter is being investigated by the authorities regarding the incident that took place in 6E 6383 from Delhi to Patna.

While coming back to India from Bangkok, the capital of Thailand, some Indian passengers created a ruckus. A video of a scuffle between passengers on a Thai Smile Airways flight has also gone viral. According to media reports, this flight was coming to India from Bangkok. The video is of 26 December 2022. Thai Smile Airways in its report on this matter has named the passenger sitting on seat 37C as the accused. In this 51-second video, two people are seen fighting with each other. Meanwhile, a flight attendant also tried to calm the dispute, but by then a young man caught the other’s hair and then slapped him. After this, the rest of the companions of the slapping youth also come and start beating the other youth. Regarding this matter, the Bureau of Civil Aviation Security (BCAS) has said that they have taken cognizance of the matter and have sought a response from the responsible authority. Action will be taken against the culprits. At the same time, Thai Smile Airways has submitted a report to the Indian Aviation Authority of India regarding this incident and said that the passenger sitting on the 37C seat refused to obey the security rules.


4. Argument between air hostess and passenger over food in flight