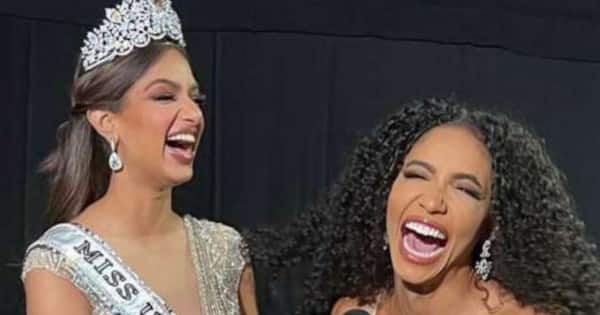 Miss USA 2019 Cheslie Kryst died on Sunday after jumping from a higher elevation of a 60-story condominium in New York City. Miss Universe 2021 Harnaaz Sandhu left heartbroken after the news. She took to her social media and penned down a heartfelt note for Cheslie. According to the E! News, an NYPD spokesperson informed that the beauty queen, lawyer, fashion blogger, and Extra TV correspondent was pronounced dead at the scene. Harnaaz shared a picture with Cheslie and captioned the picture as “This is heartbreaking and unbelievable, you were always an inspiration to many. Rest In Peace Cheslie.” In the picture, both Harnaaz and Cheslie can be seen smiling after the former won at the 70th Miss Universe 2021. Also Read – Miss Universe Harnaaz Sandhu reveals why she is perfect to feature in Priyanka Chopra Jonas’ biopic

As per E! News, the NYPD informed that the death of Kryst who lived on the ninth floor appears to be a suicide. The medical examiner will soon determine the official cause of the death. “In devastation and great sorrow, we share the passing of our beloved Cheslie,” her family said in a statement to Extra. Kryst was born in Jackson, Michigan in 1991, but grew up in South Carolina. She attended the University of South Carolina and graduated from Wake Forest University School of Law. Kryst worked as a lawyer at North Carolina firm Poyner Spruill LLP as a civil litigator and also founded the women’s business apparel blog White Collar Glam. She won Miss North Carolina USA in 2019 and after sometime she took a sabbatical from work.