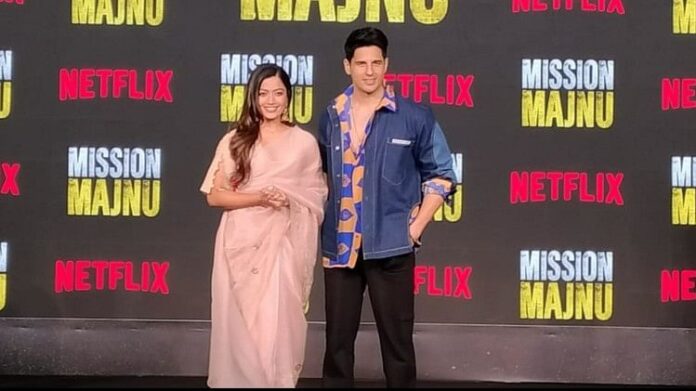 Actor Siddharth Malhotra is in limelight these days because of his possible marriage with his friend Kiara Advani. The buzz is that both will tie the knot on February 6. But, busy promoting his films and shooting for web series, Siddharth still remains Gautam on the issue. The trailer of Sidharth Malhotra and Rashmika Mandanna’s film ‘Mission Majnu’ was launched in Mumbai on Monday. When Sidharth Malhotra and Rashmika Mandanna were asked about their next mission at the trailer launch, both of them shyly sidestepped the question and said that the real mission as of now is ‘Mission Majnu’. Rashmika is also in a lot of discussion these days about her relationship.

Read also: When the songs of ‘Humraj’ became hit, Mahendra Kapoor did not drink water for whole day, know where he kept chanting

When it came to his relationship with Siddharth Malhotra, he said that he will talk about it after January 20. Siddharth Malhotra’s birthday is on January 16 and his film ‘Mission Majnu’ is releasing on Netflix on January 20. Siddharth Malhotra said, ‘Mission Majnu’ is a gift from my side to my fans. I want to give as much love to this film as my fans love me. Then he turned around and returned to the same line which he has been saying continuously in the promotion of this film, ‘I have been a big fan of 70s films and my film also revolves around the story of 70s. ‘

Sidharth Malhotra is playing the role of a RAW agent in ‘Mission Majnu’. When he was asked what preparation he had to do for this character. Siddharth Malhotra said, ‘Before the shoot, we had a script reading session with the director of the film, Shantanu Bagchi. At the same time, the brief we were given about the character was for our film. I had to learn how to ride a scooter and sewing machine for this film, it has been a very different experience for me.