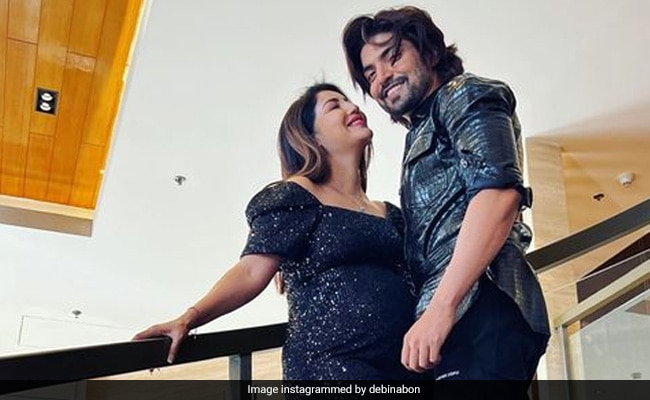 Earlier this year, Debina Bonnerjee and Gurmeet Choudhary announced that they are expecting their first child. A few days back, Debina had shared photos with Gurmeet and in them, she was wearing heels. The mom-to-be was trolled for wearing high heels and now, while talking to Etimes, Debina has reacted to the criticism. “I know from doctors to normal people have been giving me loads of suggestions, but there is something called content. I just did a photoshoot by wearing those heels and standing. Gurmeet helped me wear those heels and we just shot that as a video. Neither did I run on the road or walked around in those heels. So obviously, please try and understand. Don’t get hyper and think that I am running a marathon in those heels. So, I hope you got my answer to ‘Why did you wear heels’,” said Debina.

On Wednesday, Debina Bonnerjee shared a monochrome photo and announced that she has entered the third trimester of pregnancy. A part of her caption reads, “Standing in the 3rd trimester … with a swollen feet … many toilets run… constipated… leaking bouts with sneezes and caugh or even a hearty laugh… reminds me that I am pregnant… reminds me that this is real. … after so many years of no.. it is finally a YES.”

On the work front, Debina Bonnerjee was last seen in Chidiya Ghar seven years ago.