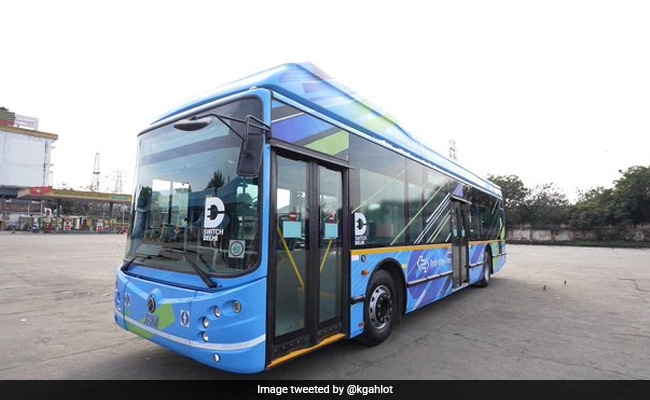 More buses are likely to join the fleet soon (File)

The second electric bus of Tata Motors has arrived in Delhi and will soon be flagged off, they added.

More buses are likely to join the fleet soon.

Chief Minister Kejriwal had on January 17 flagged off the first electric bus and said 300 more such buses will soon join the public transport in the city.

Terming the flag off as the beginning of an era of the environmentally friendly public transport system in the national capital, he had said 2,000 electric buses will be procured by the government in coming years.

Since 2011, not a single new bus was procured by the Delhi Transport Corporation (DTC), he had said.

The e-bus can be charged within one to one-and-half hours on a fast charger. It can run for a minimum of 120 km in one charge, and depots are being equipped with charging stations, he had said.

The fleet of 300 e-buses will run from Mundela Kalan (100 buses), Rajghat (50) and Rohini Sector 37 (150 buses) bus depots. These buses have kneeling ramps for differently-abled passengers and special pink seats for women passengers.

The bus is also equipped with CCTV cameras, two-way central command and control centre (CCC) at Kashmere Gate, 10 panic buttons in each bus and a hooter.