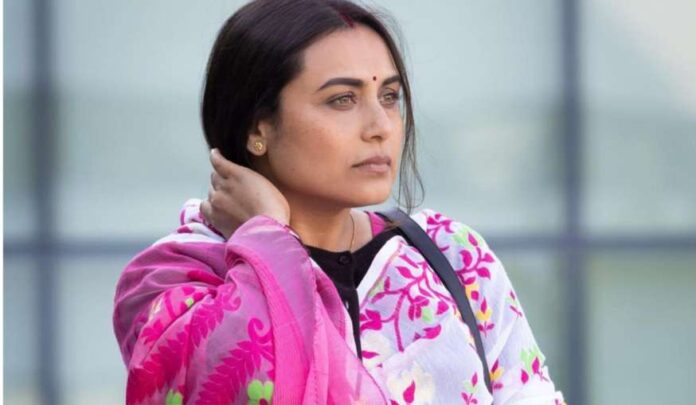 Rani Mukherjee is going to be seen in her upcoming film ‘Mrs Chatterjee vs Norway’ in the year 2023. Today the first look of her upcoming film ‘Mrs Chatterjee vs Norway’ has also been released. In this film, she will be seen playing the role of a Bengali woman whose custody of her children has been taken away from their parents by a country. The first photo related to this film is becoming increasingly viral on social media as soon as it is released, in which Rani Mukherjee looks like a normal mother without makeup. At the same time, after seeing this look, the fans are praising the actress. 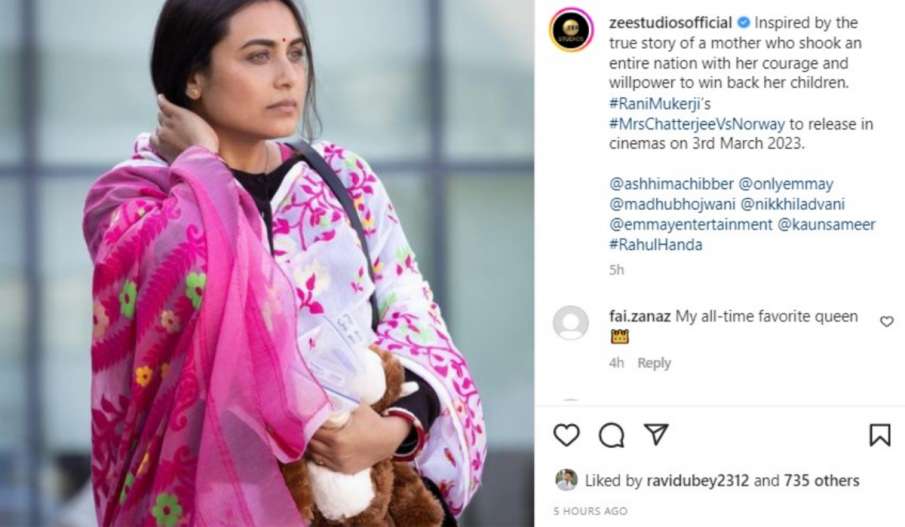 The producer has shared a photo of a scene from his new film Mrs Chatterjee Vs Norway. In this she is seen wearing saree and black sweater. At the same time, she is seen holding a teddy bear and newspaper in her hand. Looking at this photo it looks as if she is searching for someone, the filmmakers have released the first look of Rani from ‘Mrs Chatterjee vs Norway’ and also announced the release date of it. Rani Mukherjee is going to return to the screen after two years with this film. Revealing the first look from the official Instagram of Zee Stooges, it has been told that the film ‘Mrs. Chatterjee vs Norway’ will be released in theaters on March 03, 2023. At the same time, seeing this poster of the film, the fans are eager to know the release date of the trailer of the film.

Actress Rani Mukherjee’s upcoming film Mrs Chatterjee Vs Norway is based on the real life story of an Indian couple. In fact, a couple had their children taken away by Norwegian welfare services in 2011, prompting a mother to fight across the country. At the same time, seeing the glimpse of the scene of this film, fans and celebs are congratulating the actress. Let’s see what wonder actress Rani Mukherjee does in this new role this time.