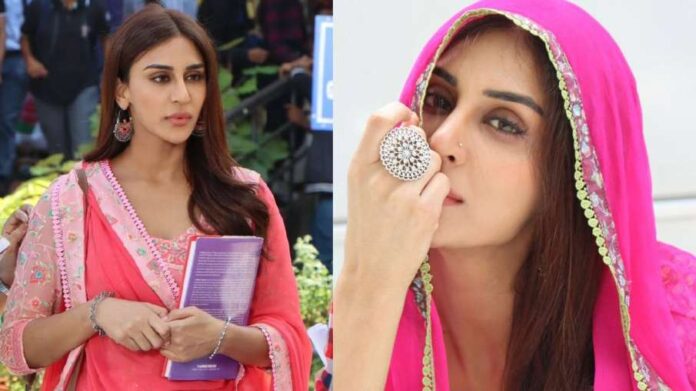 New Delhi: Actress Myra Sareen, who is known for her beauty and powerful performance in the world of Bollywood and TV, is once again in headlines. Myra is also known for her support of women’s empowerment, gender rights, feminism and environmental issues. Now he is in discussion about the upcoming film ‘Rivaz’. In this film, she is going to be seen in the most different character till date.

Myra’s specialty is that she does not shy away from playing unique roles in films made on different subjects in the mainstream popular format of Bollywood. Myra is known for portraying her roles in a simple yet effective manner. As an actor, he is adept at conveying all kinds of emotions in a powerful manner.

The lady of the house plays a variety of roles in maintaining the home and keeping everything running smoothly. She has been playing multiple roles like a wife, a partner, home organizer, director, re-creator, economist, mother, disciplinarian, teacher, health officer, artist and home surveyor.

It is noteworthy that despite making such an important contribution to the home, family and society, a woman has to fight for her existence and identity in a patriarchal society. The film ‘Rivaaz’ is one such film based on true events, in which it is shown how a talented girl is suppressed by social and religious restrictions created by men and her desires are suppressed.

In such a situation, Myra’s character is not only that of a girl who stands up to fight for her rights. Rather, she was persecuted like herself and she also raises the flag of the fight for the rights of other downtrodden women of the society.

It is noteworthy that despite being offered many films, the talented actress Mayra Sareen decided to act in the film ‘Rivaz’. The shooting of this film has been done in Mumbai and Dehradun. Myra has recently finished shooting for this film.

Myra will be seen playing a pivotal role in the soon to be released Hindi drama film ‘Rivaaz’. The film is produced by Kashish Khan Productions while Manoj Sati has handled the direction of the film. Apart from Myra Sareen in the lead role in this film, Mithun Chakraborty and Aftab Shivdasani will also appear in important roles.