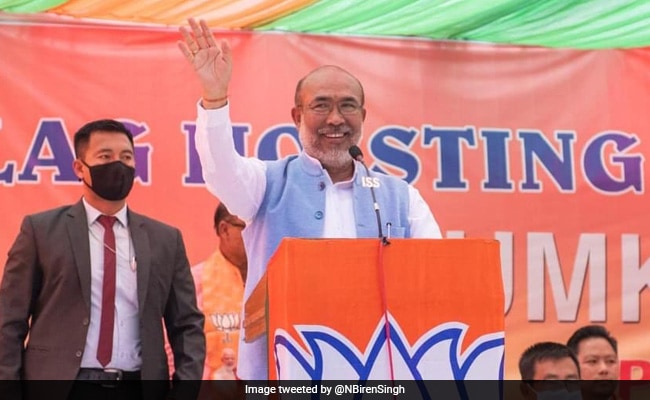 All the three had met with the BJP’s central leadership in Delhi yesterday, as the party discussed who would be Manipur’s next Chief Minister.

Today, Union Ministers Nirmala Sitharaman and Kiren Rijiju, who are the BJP’s central observers for Manipur, landed in state capital Imphal to make the announcement.

A former footballer and journalist, Mr Singh, 61, led the BJP campaign in Manipur, although the BJP had not formally announced a chief ministerial face then.

Biswajit Singh, who was also in the race for the top post, has been in the BJP longer than Biren Singh, but the latter was chosen for the top post after the 2017 elections.

For the BJP, which won the state with a slim margin of 32 seats out of 60, the matter required deft handling as it suspected rivals could exploit the situation.